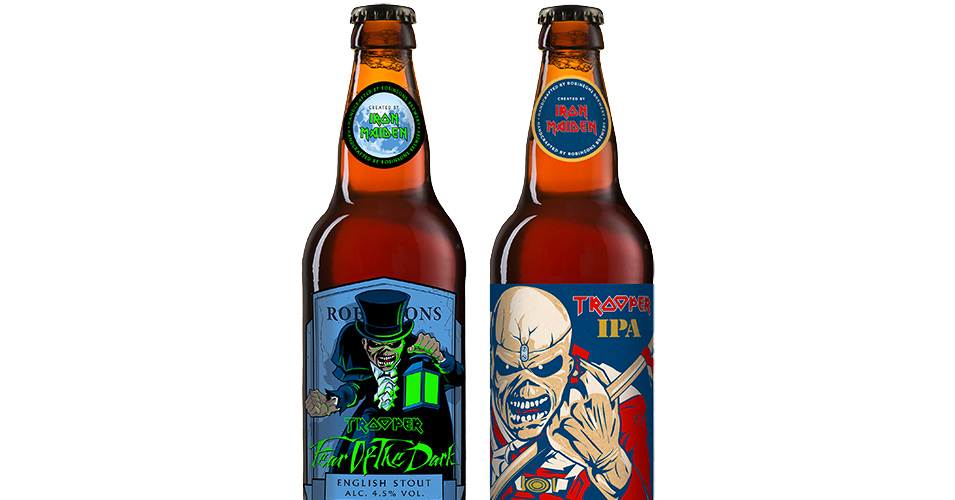 Iron Maiden and Robinsons Brewery have been making The Trooper series beer for seven years now and they're not stopping anytime soon. The duo have just announced two new beers for 2020, those being Fear of the Dark, a 4.5% ABV English Stout; and Trooper IPA, a 4.3% ABV India Pale Ale.

Iron Maiden vocalist Bruce Dickinson said the IPA was inspired by American IPAs he sampled at the Craft Brewers Conference in Denver, CO in 2019.

“I’ve sampled so many different styles of beer around the world on my travels with MAIDEN and it’s hard to ignore how big IPA has become, and what an exciting style it can be. I’m a huge fan of both IPA and Stout and they were the gaping holes in the Trooper range. I’ve lost count of the number of people who have asked us to do a Fear of the Dark Stout over the last few years!”

Iron Maiden is reportedly working on a new album due out this year.