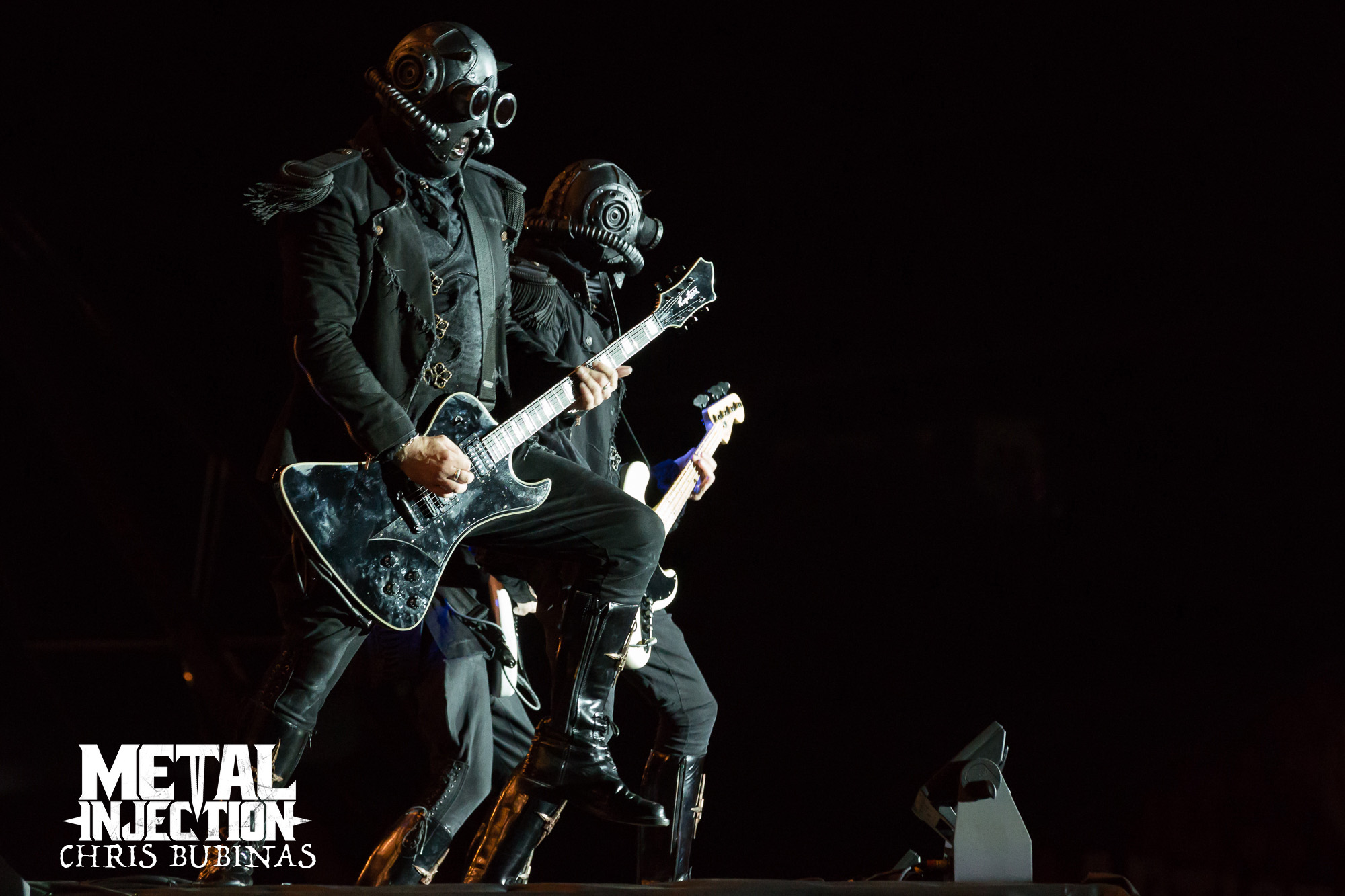 Ghost paid tribute to the late and great Death mastermind Chuck Schuldiner during a September 6 show in Tampa, FL. The band played a partial cover of Death's "Zombie Ritual" before diving into their own "Cirice," which you can check out above (around the 4:17 mark).

Ghost is currently on the road with Spiritbox and Mastodon. Get those dates below.

As far as the future of the band goes, Ghost mastermind Tobias Forge said in a recent interview that he already has the concept for a new record in his head.

"I have an album in my head right now that I think is going to be different from the one I just made. Both Prequelle and Impera were ideas that I had since six, seven years back. They were so different from each other in the sense that the 'plague album,' as I call it, was about the little person's annihilation on almost more of like a carnal or a God's wrath point of view, whereas the 'imperial record' was more of a structural demise of the mechanics of society. So they felt like two different things and the idea that I have for the next record is also a different thing from that. It's just a way for me to compartmentalize the ideas of finding new ways to inspire me lyrically and conceptually.

"At the end of the day, it's just rock 'n' roll records, 40 minutes of rock music, so it's just a way to make it interesting for me to work with, and then as a result of that, luckily for a few times now, we've been able to put that together and compile it in a way that has a lot of our fans also finding it interesting to dive into. I think that it was just luck that we just happened to release it in a matter where it seems a little clairvoyant. But these are old subjects… everything's cyclical, that's the thing, everything just goes in circles so it's not very hard to be clairvoyant, you can just look back on time and sort of alter it a little, draw on, or shave off a mustache and you have a future asshole who will do something similar to something else a hundred years ago, two hundred years ago, three hundred years ago. It's always the same, it's very repetitive."