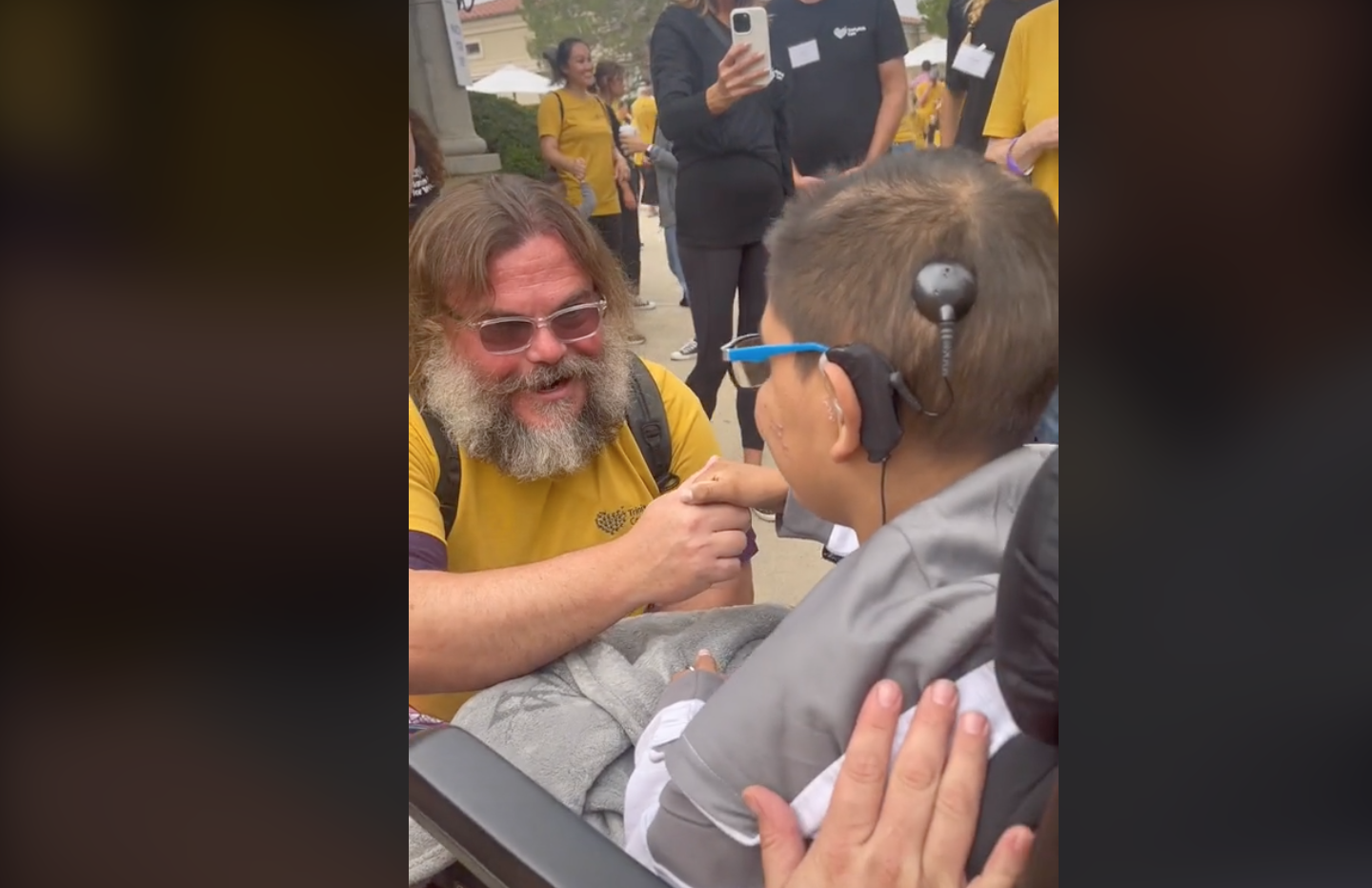 Aside from his side splitting comedy in films like Nacho Libre, and hilarious portrayals of Elvis Presley and Orson Welles on Comedy Central's Drunk History—not to mention his musical shenanigans with bandmate Kyle Gass in Tenacious D—Jack Black also does a lot of charity work with non-profit groups such as the Trinity Care Organization in California, which "offers comprehensive paediatric palliative care and hospice services to terminally ill children in Los Angeles and Orange counties in Southern California."

At a recent organization event, Black met a young School of Rock fan by the name of Abraham, and from there, well… we'll just let the video do the tugging of the heartstrings.

It was reported by Upworthy that 15-year-old Abraham has a rare disease called Pearson syndrome, and has been cared for by TrinityKids Care for the past year. Abraham's nurse knew of his love for the 2004 blockbuster featuring Black, and a meeting was arranged for the two. [As reported by Classic Rock]

In this article: jack black, School Of Rock