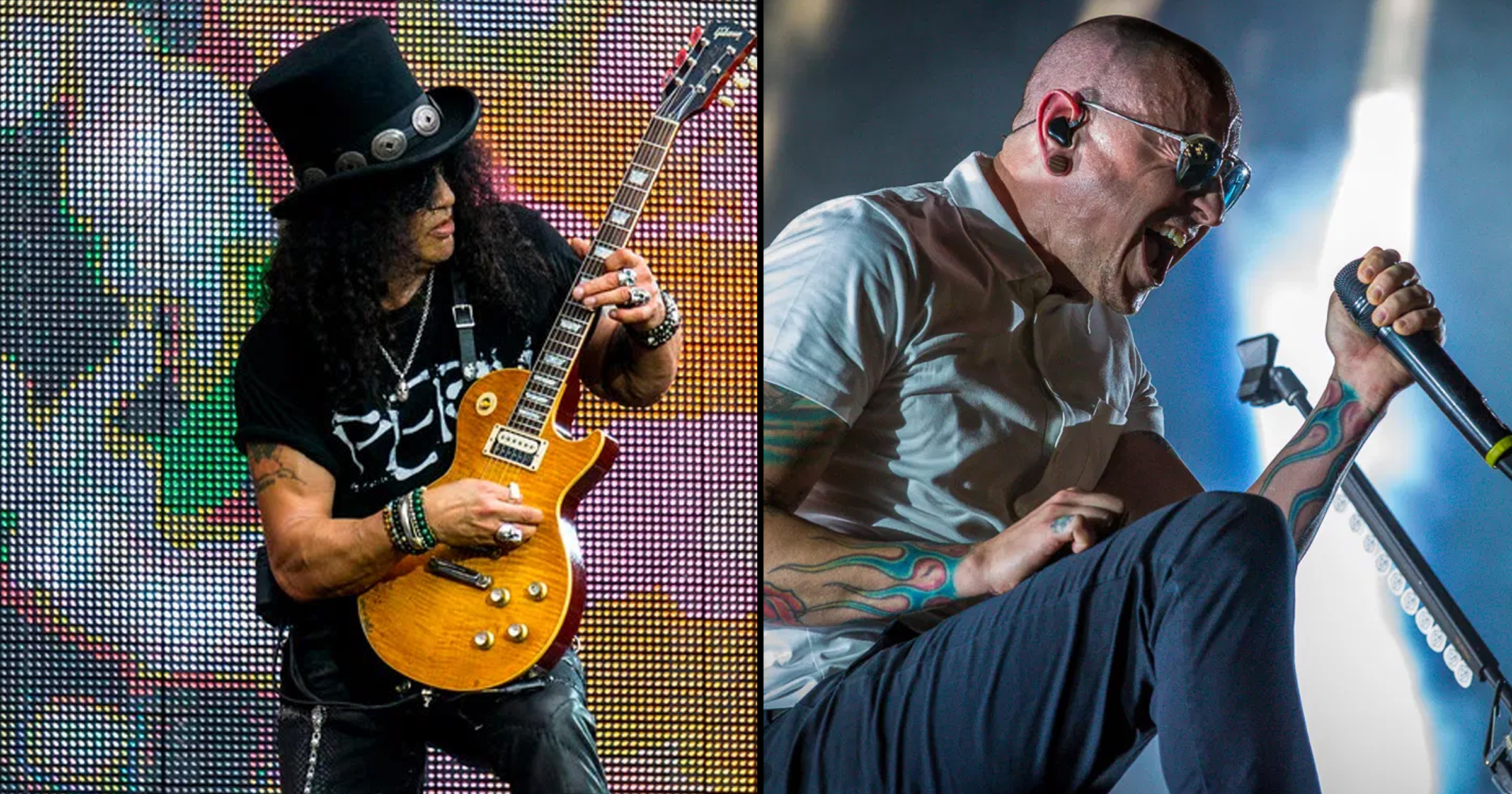 When Slash was working on his first solo album, one of the tracks he was working on was "Crazy" which featured guest vocals from Linkin Park's Chester Bennington. A snippet from the song has now surfaced by one of the folks who worked on the album.

Music producer Big Chris Flores made the one minute snippet available after reworking the song. It will soon see an official release to benefit 320 Changes Direction, the mental health awareness organization started by Chester's wife, Talinda.

In a 2018 interview with Variety, Slash referenced the track saying "When I was doing my first solo record, I worked with a lot of different people, some of whom, for whatever reason, didn't end up on the record. One was with Chester. We did a song and Linkin Park at the time didn't allow it to happen, so I did it with Lemmy. The guy who engineered my demos sent it to me and I sent it to Chester's family."

The guitarist added that the song could be released at some point, saying: "His family has got it, so it would be totally up to them. It was really good. He was awesome. It would be fine with me if they wanted to [release] it. Musically, it's basically the same as the Lemmy song, but the lyrics are really poignant."

Here's what the song eventually became, with Lemmy instead of Chester: