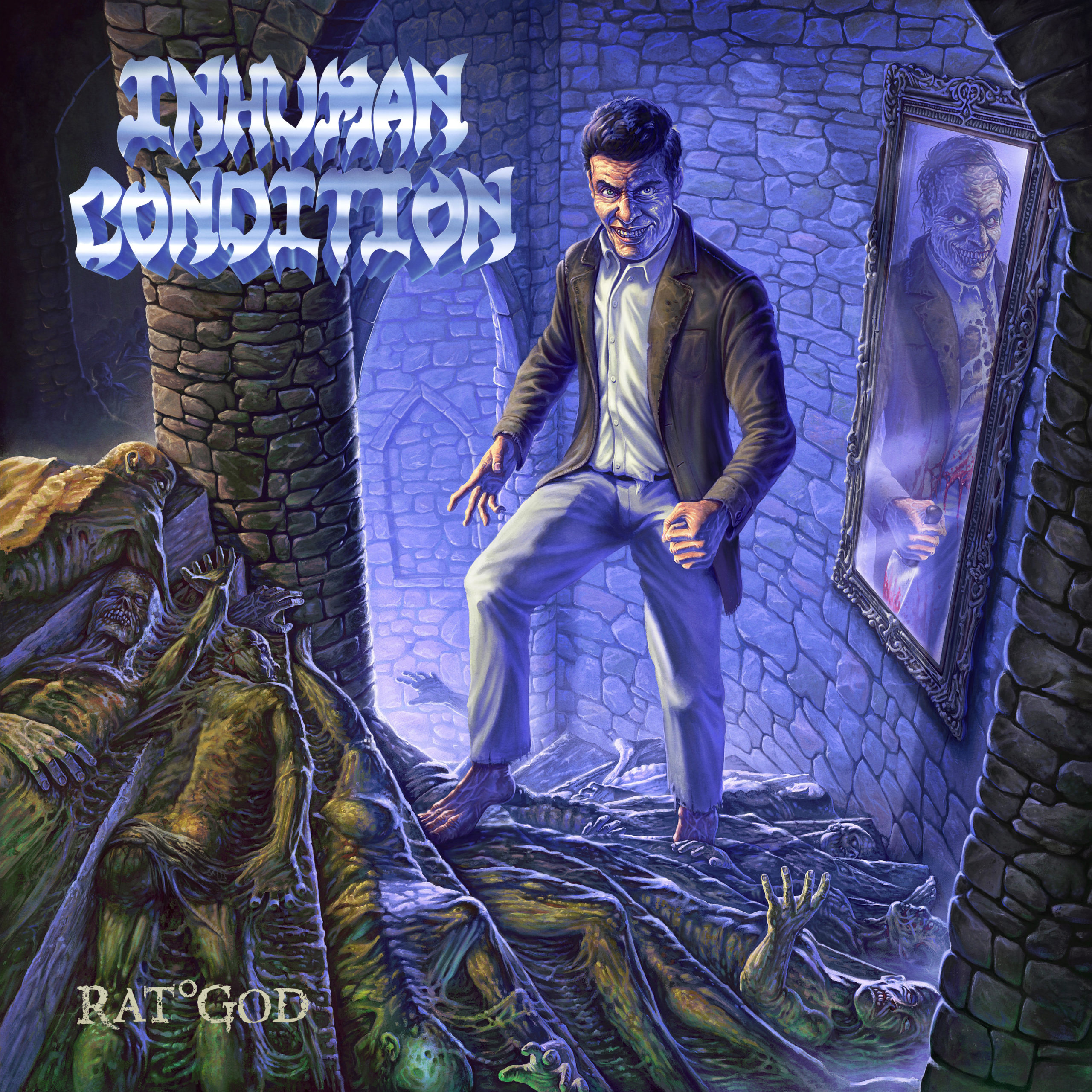 Newly formed death metal band INHUMAN CONDITION have released their first single, “Tyrantula” with an accompanying video.  “Tyrantula” will be on the group’s debut album “Rat°God”.

INHUMAN CONDITION announced its arrival earlier this year, when vocalist/drummer Jeramie Kling (ex-MASSACRE, VENOM INC, THE ABSENCE, GOREGÄNG) and guitarist Taylor Nordberg (ex-MASSACRE, THE ABSENCE, GOREGÄNG) revealed that the music that was previously written for the new MASSACRE album was to be revived in a new band with bassist Terry Butler (Obituary, ex-MASSACRE/DEATH/SIX FEET UNDER).

“Finally these songs can start seeing the light of day!  It has been so long since they were originally written, but it has been well worth the wait.  “Tyrantula” was such a fun choice for a single because it’s a total skull-smasher.  From the intro, to the stomping riff, to the thrashy bits, it’s intense the whole way through, and I think it gets stuck in your head,” Nordberg said.

The video for “Tyrantula” was filmed at Bay Stage Live in Tampa, Florida by Deidra Kling, and edited by Jeramie Kling.  The song on the album features a guest solo by fellow former MASSACRE member Rick Rozz, although he does not appear in the video.

“Rat°God” was recorded at Kling/Nordberg”s Smoke & Mirrors Productions in Spring Hill, Florida, where it was mixed by Kling and mastered by Nordberg. The band’s debut album will be released on June 4th through Kling/Nordberg’s own Listenable Insanity Records digitally, on CD, limited edition CD box set, and cassette.  In addition, the band have partnered up with Blood Blast Distribution to release the album digitally, Black Serpent Records (Europe) to release a vinyl edition of the album as well as a CD release, and Spiritual Beast (Japan), Metalized Distro (Mexico), Rapture Records (Brazil), and BurdenTombs Records (Malaysia) will also release CDs of the album.

Pre-orders are available directly from the band at inhumancondition.bandcamp.com

In this article: inhumane condition