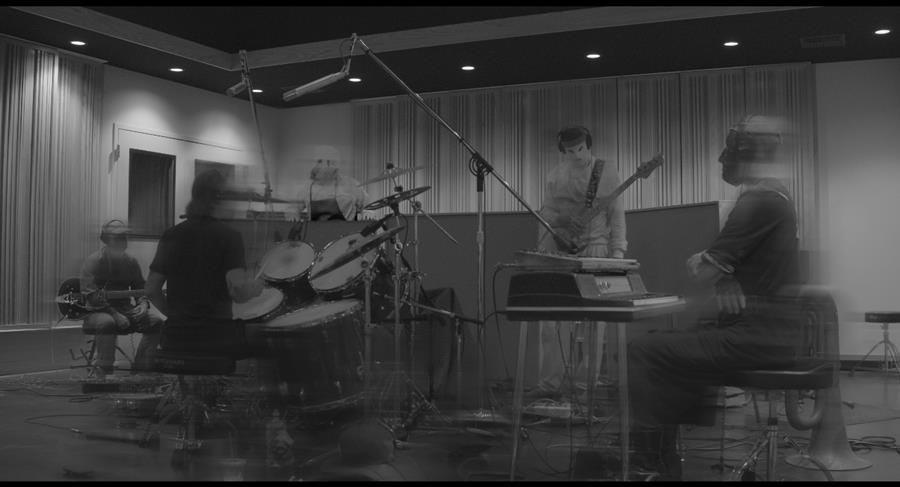 San Francisco's metal experimentalists Mamaleek have released a new single and promo video for "Boiler Room," from their forthcoming LP, Diner Coffee, which will be available everywhere on September 30 via The Flenser.

The track is a pummeling curiosity, mixing jazz notes with blood-curdling howls and crashing drums, resulting in something that sounds like Tom Waits on his deathbed with Satan by his side—that is, if Waits' deathbed was actually a bed of nails located literally in a boiler room. You can check the new cut out in the video below.

Diner Coffee is Mamaleek's follow up to 2020's Come & See, and reflects the group's artistic progression, relentlessly shunning classification and instead blending together ideas from even further out in left field (if that were even possible for Mamaleek) with abstract metal excursions.

About the album, one of the band's anonymous members told Invisible Oranges, "Laughter is one of life's most simplest pleasures, and yet it seems to get erased from music. And that's where the rubber really hit the road with us, because with this record we didn't want to ignore life's simple pleasures, such as the richness of laughter in our lives and in society. So much of music and so much of metal music in particular is built on posturing, and focuses on simple, very straight, streamlined emotions, geared towards an over prioritisation of something evil or grim or sad, or harsh or violent. That focus actually limits one’s capacity to actually be harsh or dark, but lesser used concepts like laughter can open up a multitude of interpretations within the music."

A pre-order/pre-save for Diner Coffee is available here. Additional singles from the album are also on the horizon, so keep your eyes peeled and your ears open for the chaos that is Mamaleek!