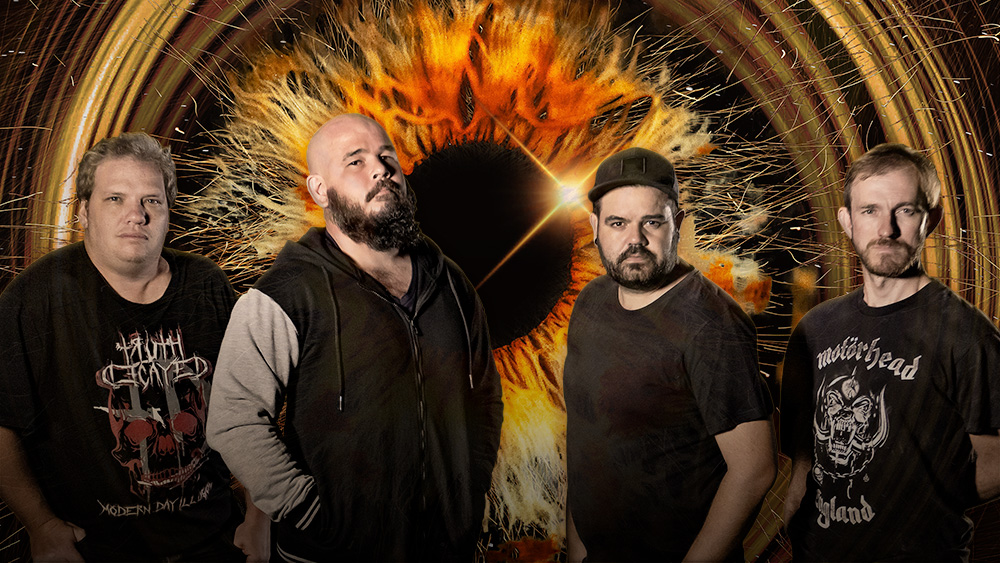 South African thrash unit Truth Decayed is now streaming their groovy, crushing new EP Faded Visions I. The EP was mixed and mastered by Kris Xenopoulos (Vulvodynia, Technopath, Xavleg), and is the first of a two-part release set for 2022.

"I think the biggest idea behind it was trying to bridge the release of music as we know it (through our age and generation) as a full album, and the modern approach many artists now take in the form of numerous EPs, or a string of singles releases and so on," said guitarist Ryno Theron on the decision to release Faded Visions as a two-part EP.

"So basically, we are releasing half of the album in April, and this gives people a chance to really embrace and connect with those songs. Then by releasing the second half later in the year it will hopefully have the same effect, and we don't have any songs falling behind as fillers essentially. As far as commonalities go, the topical content and even the sound, and new influences we have brought in will be interwoven between the two parts."

Faded Visions I is available here.

In this article: Truth Decayed