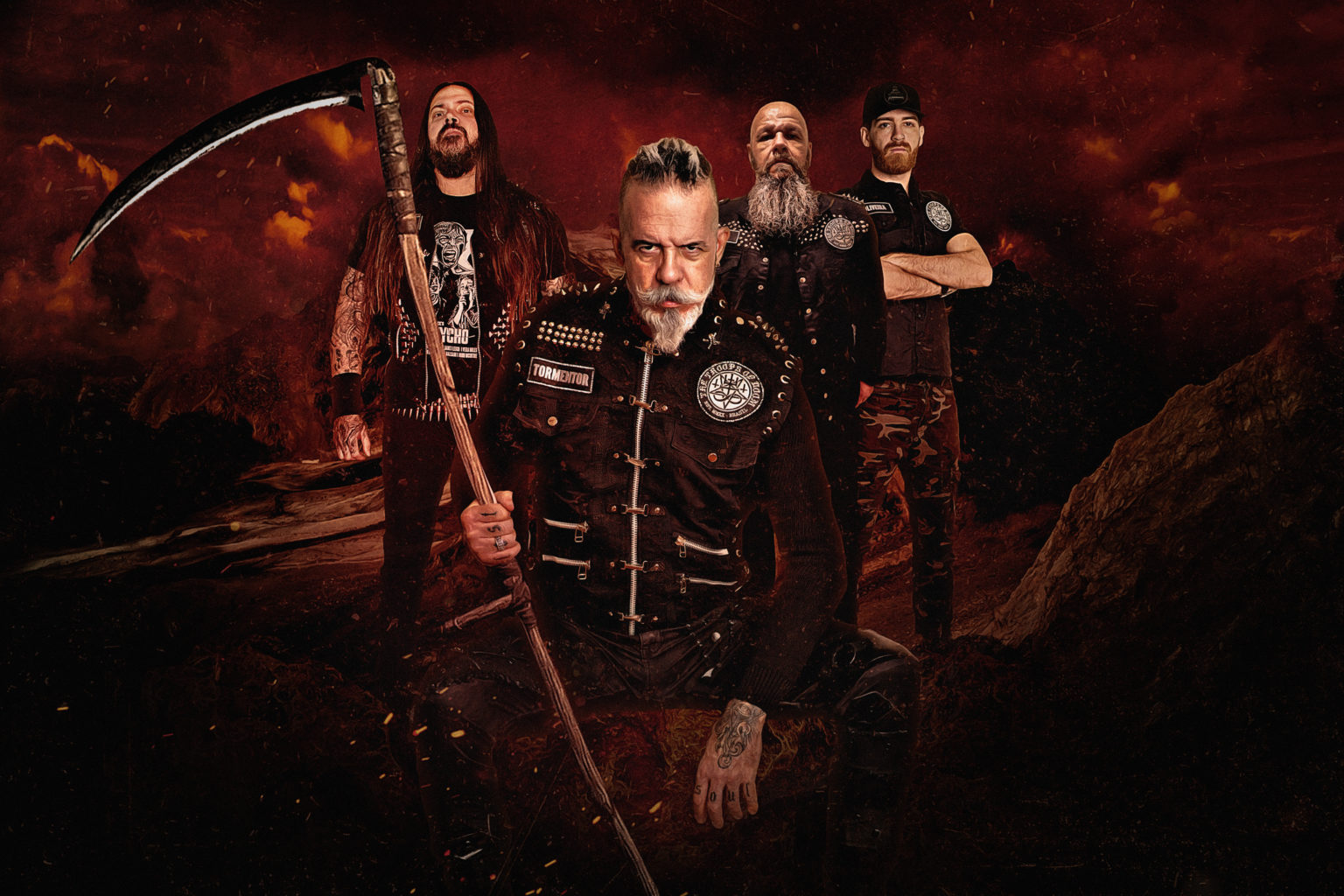 “We basically started this year working on our full album with full force when we realized that the pandemic situation was still far from having an end, then we decided to postpone the album to 2022, when we could finally hit the stages and do a proper and real promotion of it," said Guedz. "On the other hand, we thought it wouldn't be so cool to have this silent gap, which drove us to think about a new EP in 2021, that would work like a 'bridge' to the full album, to keep things warm. I had finished reading Thomas Hobbes' The Leviathan and thought, 'This is it! We have a concept for this EP.'

"So the idea for this conceptual work was born. I'm very interested in the subject of how politics and religion determine people's future and especially the power they accumulate when the two merge into a single form of government. Then we came with this new EP, containing an Introduction — an orchestral track created by Dave Deville — plus the two tracks 'The Devil's Tail' and 'The Monarch,' build into two 'Acts' but a single idea: citizen domination through fear and faith. 'The Monarch' features living legend Jeff Becerra from Possessed, sharing some vocals with Alex, which made this song gold for us. Amazing!

"Then as bonus tracks, we chose to use a cover version of the song 'Antichrist,' that I wrote with Sepultura back in the days. This was something we were setting for the full album, but by coincidence, Iggor Cavalera invited me to do this same song in a collaboration for his YouTube channel, also featuring his brother and my longtime friend Max Cavalera, so we thought that would be cool to do our own version with The Troops Of Doom and make it available on this new EP. The result was amazing! And last but not least, we thought it would be interesting to include the EP songs in demo format, in a way that the audience can feel the difference between the versions and can understand how the band develops their ideas and songs still from a distance due the pandemic.

"The bass on the EP was were recorded by our talented friend Lars Nedland (Borknagar) and the mixing and mastering done by great Øystein G. Brun also from Borknagar (Crossound Studios/Norway). Not to mention the brilliant cover art painted by the Brazilian artist Maramgoní. This EP is an important bridge to the full album, that's almost fully composed, by the way. It should be released before the second half of 2022. We're very excited! Stay tuned!"

Grab a copy of The Absence Of Light here.

The Troops Of Doom · The Absence Of Light (Exclusive Premiere)

In this article: The Troops Of Doom