Paul Stanley On KISS Biopic: "It Is Definitely Happening" 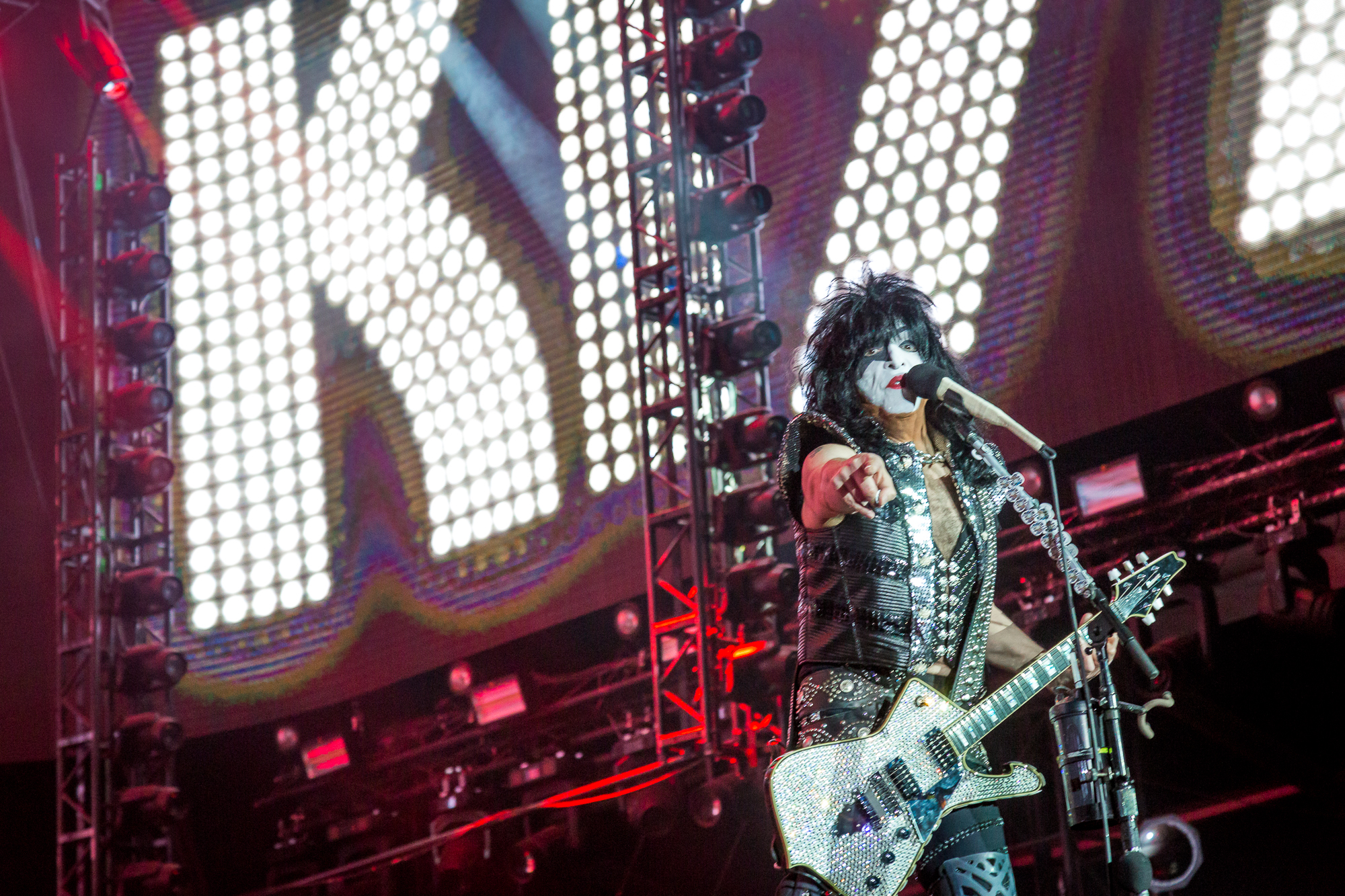 Last we heard about the upcoming Kiss biopic Shout It Out Loud was that Netflix was working on acquiring the rights to it. When asked by Download host Kylie Olsson what the status of the biopic is, guitarist Paul Stanley replied with a pretty strong affirmative.

"It is definitely happening," he said "And that's gonna be really interesting. The script was really good. And we really waited until we felt comfortable.

"Look, you get once chance to do it, and I would rather not do it than do it half assed or poorly. Our director is the real deal. He did Maleficent 2, and he's not some hack; he knows how to make movies. It should be great. Casting hasn't begun yet. But that will be interesting too."

When asked who he thinks should be cast to play him, he said it has to be someone young given the timeframe of the film.

"And I'm the first to say I'm not up on a lot of them. But as the casting process goes on, I'll certainly be there and watching. It'll be interesting to see how someone else — be it the casting people or the director — how they view who I am and who they see doing that. I think I'll learn a lot about their perception of me by who they cast."

Shout It Out Loud is reportedly akin to the recent Queen movie Bohemian Rhapsody in terms of being rooted in truth but made for TV. Shout It Out Loud will focus on the early friendship of both Gene Simmons and Stanley, and showcase their rise to playing sold-out arenas around the world.

The biopic is directed by Joachim Rønning (Maleficent: Mistress of Evil, Pirates of the Caribbean: Dead Men Tell No Tales) and with a script written by Ole Sanders.