A24 and Fruit Tree have announced their new film I Saw The TV Glow and it features a few familiar names. According to The Hollywood Reporter, I Saw The TV Glow features Limp Bizkit frontman and movie director Fred Durst, doom artist King Woman, Haley Dahl's Sloppy Jane featuring Phoebe Bridgers, and Lindsey Jordan. The Hollywood Reporter notes that these musicians are "on the roll call," so who knows what their actual parts in the film will be.

I Saw The TV Glow stars Justice Smith and Bridgette Lundy-Paine, was written by Jane Schoenbrun, and is currently in post-production after having recently wrapped up filming. A synopsis of the film is as follows, per THR:

"The logline sees two teenage outcasts, played by Smith and Lundy-Paine, who bond over their shared love of a scary television show. However, the boundary between TV and reality begins to blur after it is mysteriously canceled."

Durst of course is no stranger to the silver screen. Durst co-starred in the 2006 movie Population 436 and has directed a few movies like The Education Of Charlie Banks and The Fanatic. He also played a bartender in House, M.D. for two episodes.

In this article: fred durst

"We are all in this together." 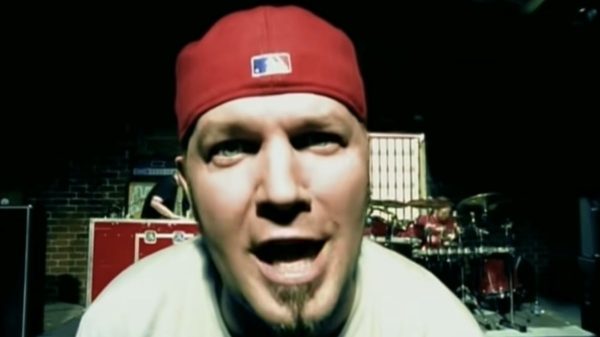 Limp Bizkit's Fred Durst is making headlines again today, and no it's for being falsely blamed for starting shit at Woodstock 99 thanks to...