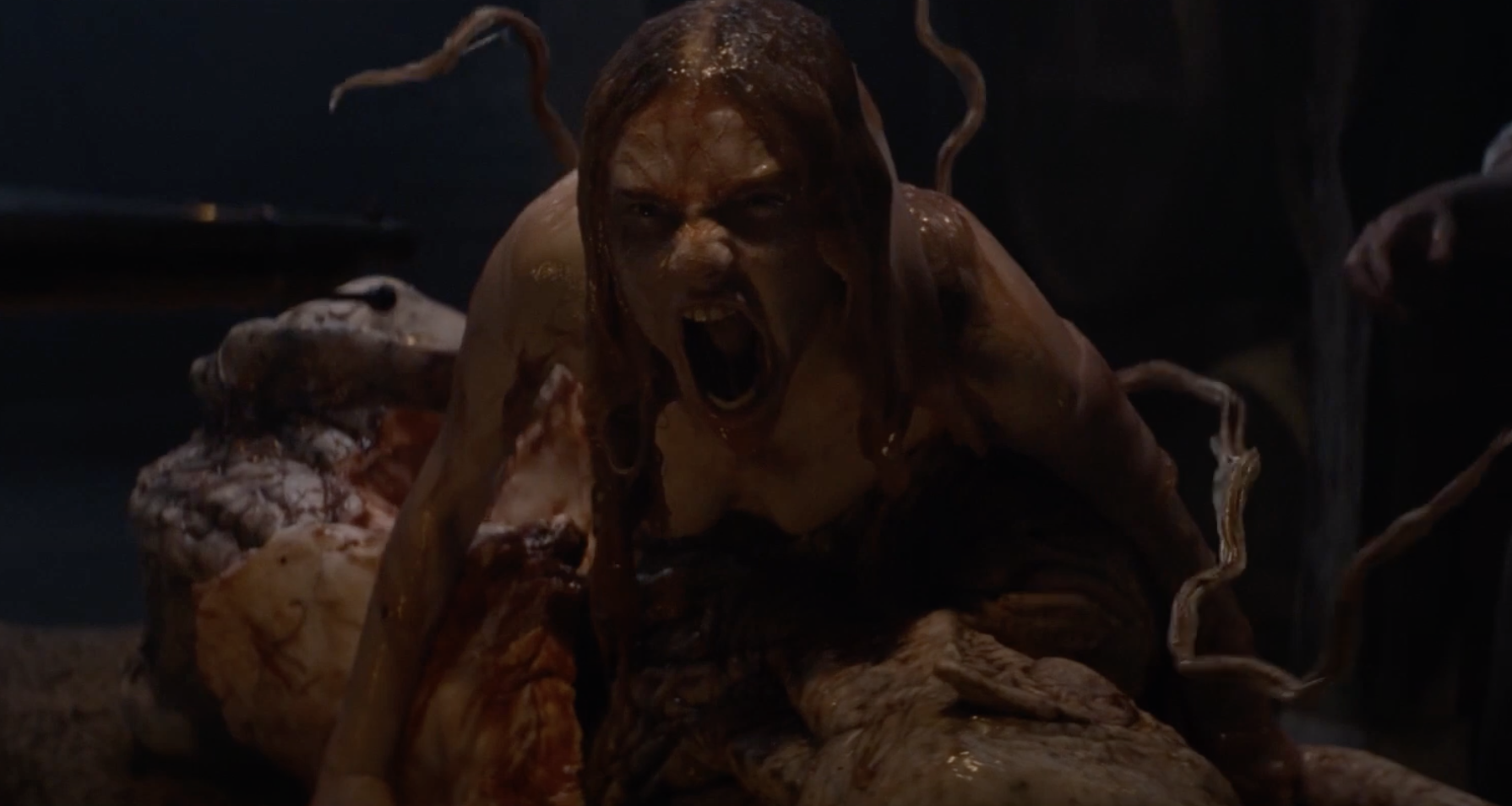 Horror fans are gonna wanna make sure LD Entertainment's The Cursed is on their radar. Described as a "reimagining of the werewolf legend for a modern-day audience," The Cursed has already been hailed as "one of the best horror films of the year."

Written and directed by Academy Award nominee Sean Ellis, and featuring a stellar cast that includes Boyd Holbrook (Logan, The Predator), Kelly Reilly (Yellowstone, True Detective), and Alistair Petrie (Sex Education, Rogue One: A Star Wars Story), The Cursed follows a 19th century pathologist who "arrives in a remote country village to investigate an attack by a wild animal." Ultimately, "he discovers a much deeper and sinister force that has the manor and its townspeople in its grip."

In this gory new clip, Holbrook's character performs an autopsy on a dead werewolf – with some truly startling results we can guarantee you won't see coming. The effects are practical and not for the weak of heart! You can check it out below.

Having premiered at last year's Sundance Film Festival, The Cursed will open exclusively in theaters this Friday, February 18! The full trailer is at the bottom of this post.

In this article: The Cursed