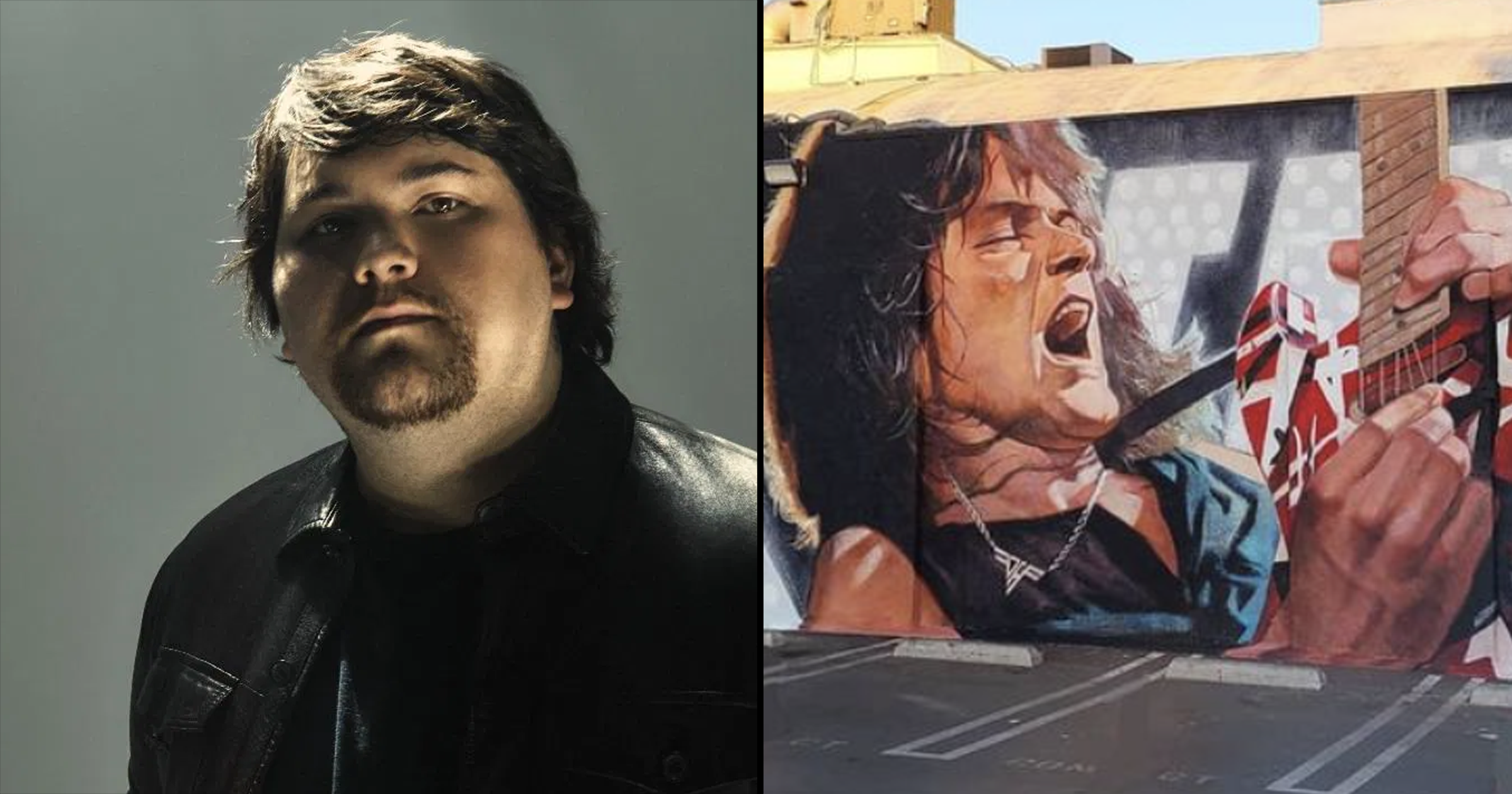 We were pretty psyched for the final reveal of the Eddie Van Halen mural designed by renowned muralist Robert Vargas. It stands 17 feet tall and 105 feet long. It covers the entire rear entrance of the Hollywood Guitar Center. Being the internet, some folks had snarky comments about the piece. This didn't sit well with Wolfgang Van Halen.

Wolfgang screenshotted a comment that read "I loved Eddie but that doesn't look like him at all." Wolfgang retorted "Homie better get some glasses, because he can’t see shit."

In a follow-up tweet, Wolfgang added "The mural is incredible. Literally flawless. I can understand “not liking a particular piece of art” for whatever reason, but saying it doesn’t look like him makes you look BIG dumb. It’s not even a matter of taste, it’s just straight up wrong."

Wolfgang then shared a comparison photo to conclude his point:

Wolfgang then extended his thanks to the store for commissioning the piece, "Further giving the mural his approval, Wolfgang offered, "I want to extend my most heartfelt gratitude to the unfathomably talented @TheRobertVargas, and @guitarcenter for the painting of this incredible mural of my father at Guitar Center Hollywood. What an incredible honor it is to see Pop immortalized in such a beautiful way."