Reminder: If You Don't Wear Ear Plugs To Shows, You WILL Suffer Tinnitus

Watch This Metalhead Sum Up Every Type Of Fan Seen At Festivals
Unless you'd like to have a painful ear-related affliction or go deaf, then you might want to wear some ear plugs at the next gig.

"If it's too loud, you're too old" goes the old saying, but that saying is a bit misinformed.

Before delving into the research done by one Pitchfork journalist, it's worth noting I know a few people who attended loud concerts for the majority of their life without any ear plugs. Those people suffer from tinnitus, or a constant ringing in their ears accompanied by pain depending on the sufferer. In short, you should probably plug those earholes up and turn the volume down on your headphones a little bit unless you're shooting for a life of constant misery.

"Constant misery? Bullshit," I'm sure you're saying to yourself right now. Molly Beauchemin of Pitchfork makes sure you understand the reality of tinnitus, saying:

"A few months ago while photographing a concert in Montreal, I saw something I'd never seen at a show before: audience members covering their ears.

That image came back to me a little while later, when Grimes revealed her struggle with tinnitus and tweeted that the ringing in her ears was so loud she couldn’t sleep. I thought of it again when I read an interview with Zach Hill of Death Grips, in which he mentioned the ear blockage he experienced as a result of lifelong exposure to loud music. Then I came across a story about a music fan who killed himself over chronic hearing damage incurred at a concert. And another. And then, eight others—before unearthing a jarring world of message board threads dedicated to suicidal thoughts that result from tinnitus."

Beauchemin goes on to say that 50 million Americans suffer from the disease, with a whopping 4-percent of that 50 million having it so bad they're "incapable of carrying out normal daily activities." That's 2 million people in this country alone suffering that badly! Of course there's groups of people at a higher risk of the disease than others and one of them are GIs. The other? Musicians. Of course it's musicians.

Beauchemin got in touch the Head of Audio at Brooklyn's Saint Vitus bar Nick Cageao to talk to him a little bit about the importance of ear plugs:

"Nick Cageao, head of audio at Saint Vitus bar in Brooklyn, says the typical show at his venue ranges from around 98db (louder than a power drill) to 115db (20 db louder than the level at which sustained exposure may result in hearing loss). Tests of this sound level on rats have ruptured blood vessel walls.

Cageao says he tries to wear earplugs whenever possible—he’s actually endorsed by a company called Etymotic, who make a music pro series of hi-def earplugs. Like most of us, though, he often forgets to put them in. 'I have some pretty harsh hearing damage around 4/5 khz and a persistent ring,' he admits."

So how do earplugs help? Well:

"When properly inserted, foam earplugs block out dangerous frequencies. Custom earplugs, like those Cageao mentions, are made by taking an impression in the ear and then grafting a silicon earpiece to fit the mold. ([Kathy] Feng [of the New York Hearing Center] makes them at her clinic, usually for professional musicians.) Silicon won’t flex or shrink, and filters can be ordered to customize what sound frequencies can enter the transmitter, though you have to order them separately (and for a price).

Most agree that if earplugs are going to 'cut out' any important sounds, it’ll be vocals, which sit on the high end of the mix and are hardest to capture because of the artist’s distance from the mic and the fact that they are constantly moving. Audiologists, however, agree that vocals aren’t loud enough to be blocked out even from cheap earplugs, which are designed to cut out only the dangerous frequencies. Some, like Cageao, think that earplugs might even benefit the listening experience by canceling out a extraneous noise and 'crappy frequencies,' thus making the sound a little more compressed and even."

There's a certain stigma that comes along with wearing ear plugs to concerts. I wear them to every single one ever since I had a bad experience at a club where my ears rang something fierce for about five days, so I can honestly say it doesn't make the show sound "bad" and doesn't make you "look like a pussy" or whatever stupid thing you're worried about being labeled.

I'd go as far as saying if you're a music fan, you'll do it. You want to listen to your favorite jams for a little while longer in life, right?

If you don't know where to start, Amazon has a pretty solid selection of earplugs ranging in a variety of prices. If you live in the NYC area, I recommend checking out Brooklyn Audiology or visit their site, HearingAidExperts.com

In this article: ear plugs, tinnitus

“Hearing is for life, wear fucking earplugs at shows” 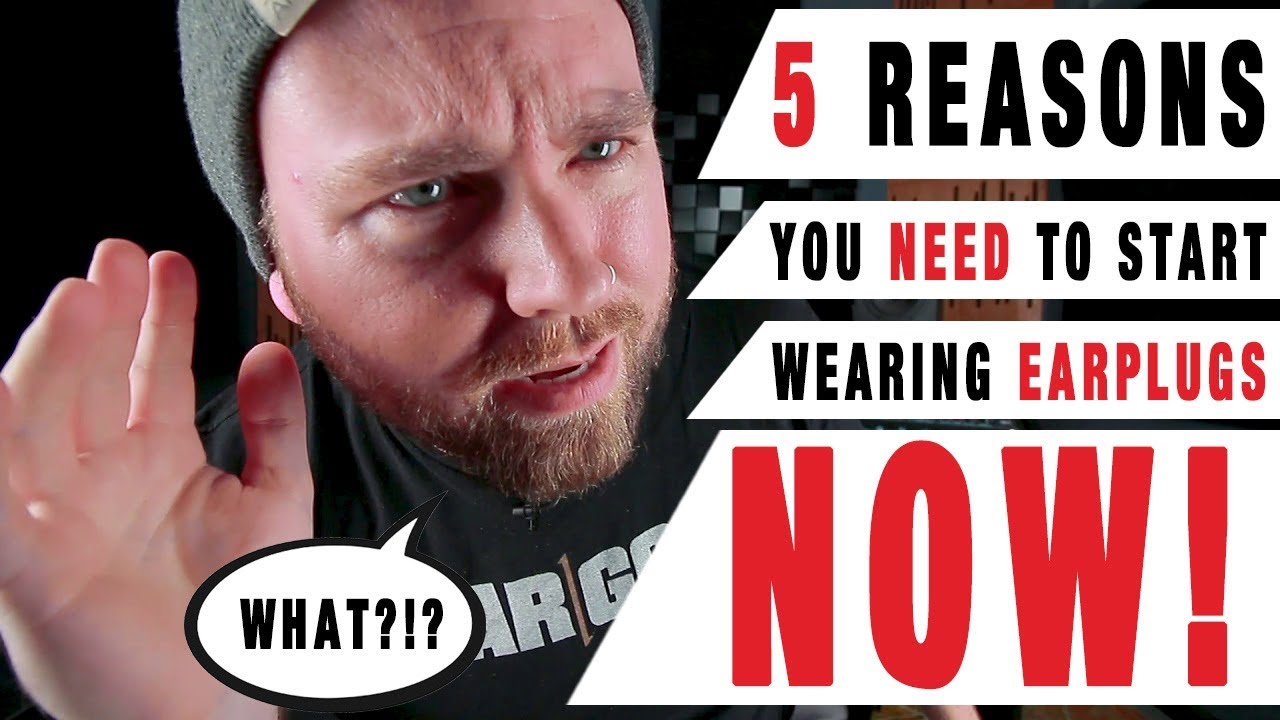 Research has shown that hearing loss may be irreversible, and it only takes 28 seconds of loud music to damage your hearing, so if...