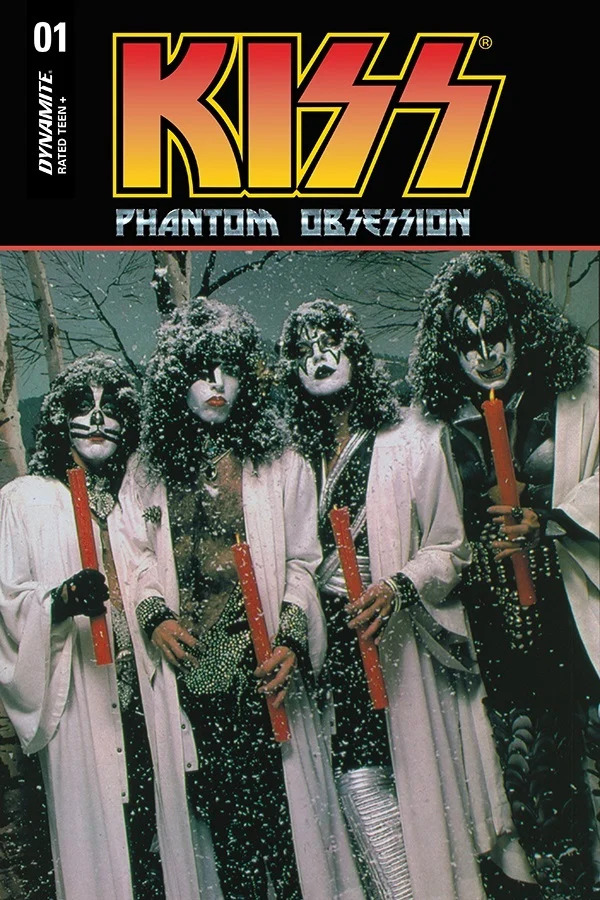 Kiss will star in the new comic book Phantom Obsession, written by Ian Edginton (X-Force, Iron Maiden). The comic features art by Celor (Hack/Slash, Zombie Tramp), coloring by Valentina Pinto, and lettering by Troy Peteri. The synopsis of the comic is as follows.

"As a young man in 1978, Darius Cho attended a concert of his favorite band, a memory that has stuck with him to this day. Now he is a massively wealthy tech giant, but mysteriously reclusive. Some even believe he may not exist at all, simply serving as a ghostly facade for an endless consortium of corporations.

"At least until Kiss receives an all-expense invitation to play an exclusive concert for him. Playing for an audience of just Cho, his assistant and a crowd of 'Westworld'-style androids invented by the mega-billionaire, everything seems a little off… Especially when the band wakes up in luxurious accommodations, but with no way to leave, and their powerful talismans stolen from them!"