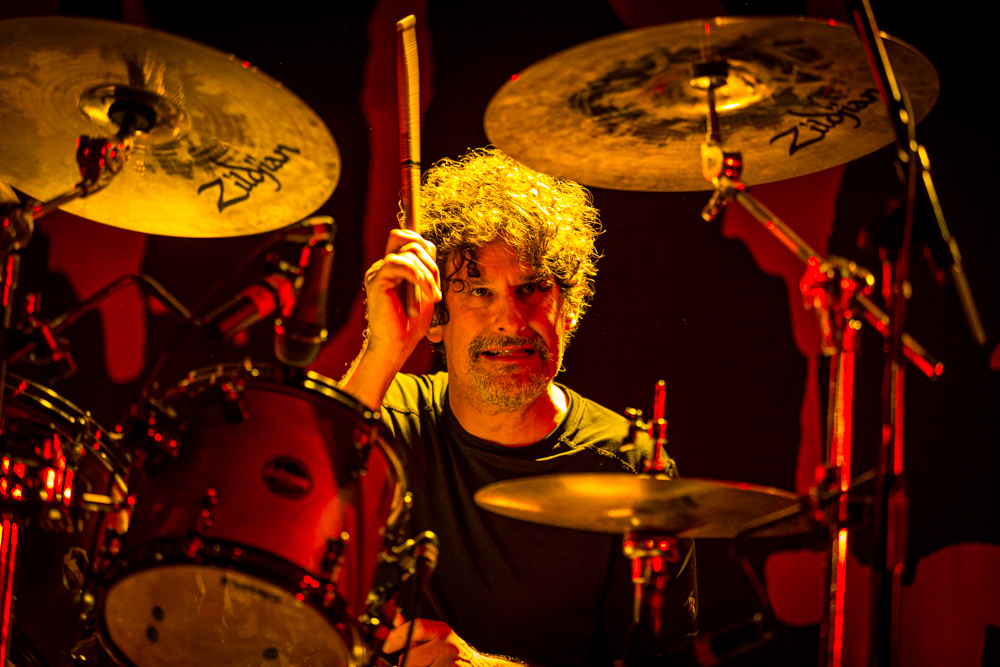 Cannibal Corpse has been known to have some pretty gross album covers, some that have even gotten them banned in countries like Australia and Germany. So which one is the grossest? Drummer Paul Mazurkiewicz said in an interview with The Pit that it's absolutely their 1991 album Butchered at Birth.

“How can Butchered not be Number One? The all-time most disturbing cover, arguably, in music," said Mazurkiewicz.

"Man, I’ll never forget seeing Butchered for the first time. We were blown away by it, just like, how CRAZY it was. Especially going from Eaten — which was a great cover — to seeing something like that was just…WHOA. This is taking it to a whole different level. Even looking at it to this day, it’s never not disgusting. It’s never not that piece that you look at and say, This is crazy. I can’t believe these guys did that.”

For what it's worth, names the alternate cover of Cannibal Corpse's upcoming album Violence Unimagined as number two. The number three spot went to The Wretched Spawn (2004). Tomb of the Mutlated (1992) came in at number four, and their 2012 release, Torture, rounded out the top 5.

Check out the full interview regarding all 15 of the band's album covers ranked by grossness here!