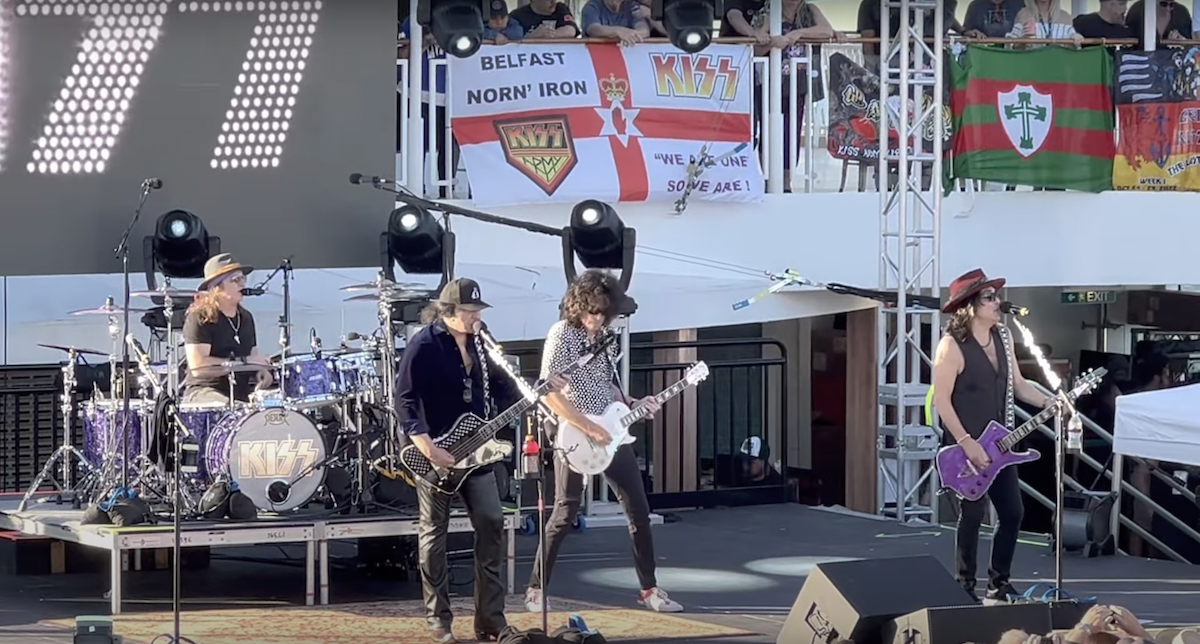 Kiss recently embarked on their Kiss Kruise and played their first set to the masses aboard on October 24. Fan-filmed footage of the band playing "Two Timer" for the first time since 2011 has since surfaced, but the weird part is that Kiss is completely unmasked for it. No makeup, no stage show, nothing – just Kiss out there doing their thing. Which isn't a knock on the band at all, it's just really strange to see them so stripped down like this.

It's been an interesting week as far as Kiss shows go too. The band played a private show to less than 100 people earlier in the week, and we'd love to know what the price tag was.