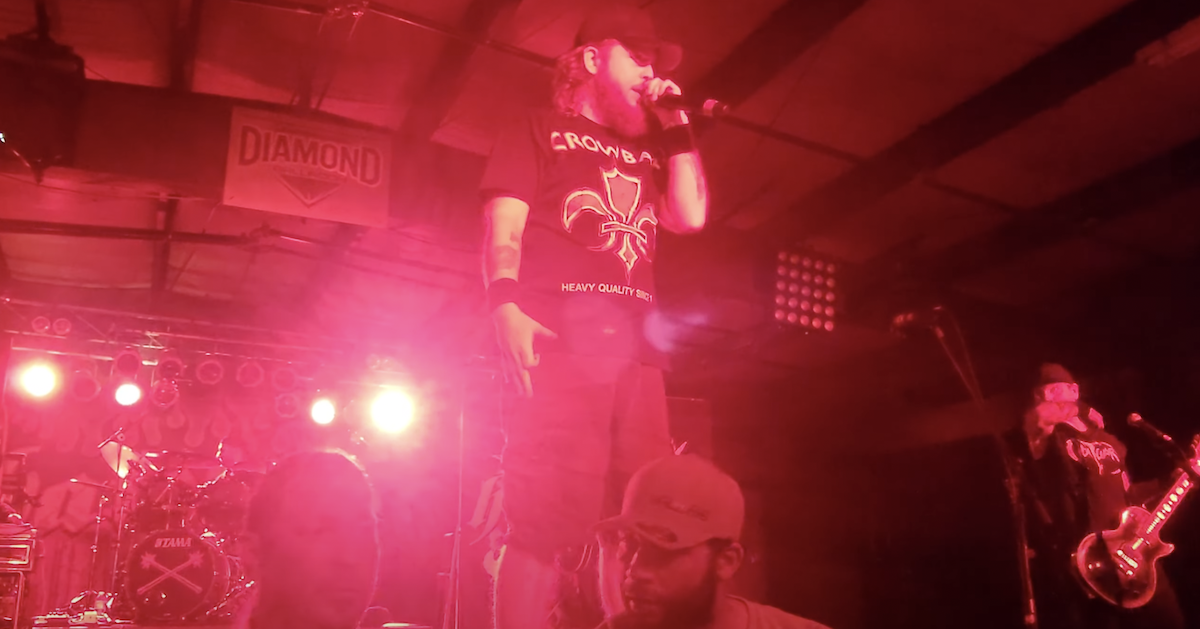 Hatebreed played Oklahoma City on November 5, which saw the band kicking ass as usual and Hatebreed vocalist Jamey Jasta tossing an alleged nazi out of the show. In a video clip from the show, the crowd appears to call on Jasta to throw the person out, to which he responds that people really ought to be handling things themselves. As of now, it's not clear what the person did for the crowd and band to identify them as a nazi.

"Listen, nazis aren't welcome at Hatebreed shows. This is a fucking obvious thing. But you guys gotta police your own fucking shows, okay? In our day, I didn't go to the singer of the fucking band. We handled our shit [in] the street. Nobody sees nothing. No fucking snitching, no cops. You got a problem? You handle it in the street like men."

After encouraging the person to leave, Jasta then followed up by saying there's obviously no place for hate at a Hatebreed show.

"Don't let the door hit you on the way out. There's no place for racism, anti-semitism, sexism, transphobia – none of that shit. Life is hard enough. Everybody needs music. But I ain't a fucking cop, but police your own shit next time alright? I love every one of you, but police your scene. It ain't up to the bands."

Shout out to reader Benjamin Sharp for sending in the clip, who provided a little more insight into what happened: "I'm honestly unsure [how this started]! My buddy was filming and we were both on the rail, and the individual shouting in the beginning of the clip captured our attention so he flipped his phone around. I did see the man who the crowd essentially ejected themselves though, and he seemed rather intoxicated and belligerent to begin with."