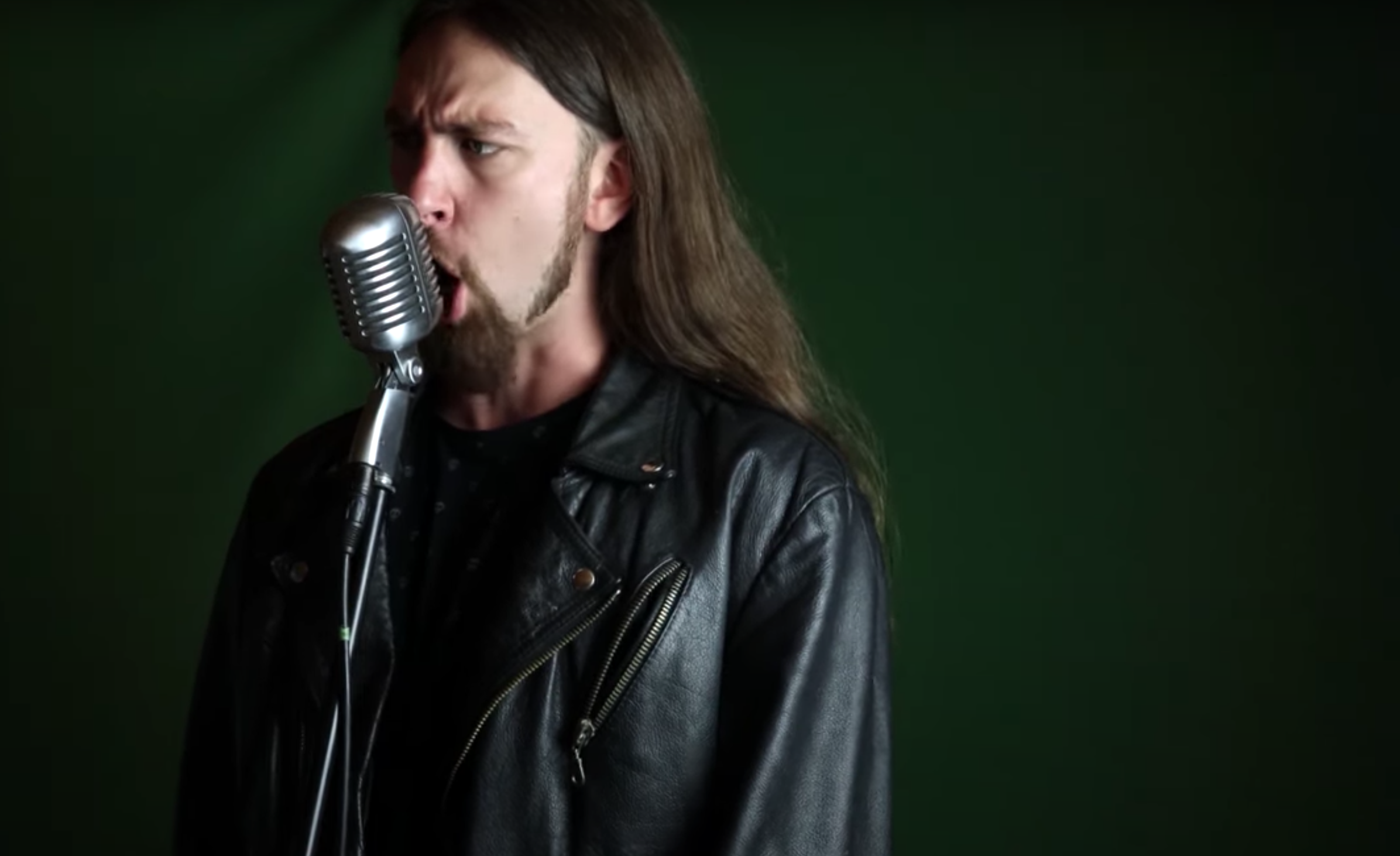 YouTuber Denis Puana has nailed another song out of the park, this time taking Pantera's "Cemetery Gates" and performing it in the style of Type O Negative. It's a killer reworking that you can check out just above.

Early on we get a sniff of Kenny Hickey guitar tones, and at nine minutes, the synth-laden bells and whistles that Josh Steele orchestrated so perfectly on the original Type O recordings will be a dark comfort for fans as they listen to this multi-section reimagining of the Pantera classic. Hardcore Type O fans will instantly pick up on an October Rust-era arrangement, and perhaps even note the similarity of song structure most evident on songs like "Wolf Moon (Including Zoanthropic Paranoia)" and "Die With Me."

Clown me all you want, but—while I'm not advocating for a Type O Negative reunion—if there were such an event, Denis Puana would have to be the lead candidate to stand in the unfillable shows of the gentle giant, Peter Steele. He's got the voice, the look, and—literally—time on his side.

In all seriousness, though, this new cut from Puana is somewhat bittersweet; the lads in Type O Negative and Pantera were buds and back in the day even toured together. I had the good fortune of seeing them together in New York, and every night of the tour, Phil Anselmo would jump onstage with Type O for their set-closing "Black No. 1" A lot of the musicians who took to the stage that night I saw them are sadly no longer here, so it's just wonderful to see how many ways fans across the world like Puana are keeping the music alive.

Type O Negative, by the way, has re-launched their brand, slowly and methodically in 2022, with more news surely to come in 2023. The band recently liberated their Dead Again album by finally including the record on all DSPs, with a vinyl coming later this month. And, hust this week, the band announced the were launching their own brand of CBD oil.

Pantera is a name that has passed into myth and for the better part of 20 years has been one that has been sadly...