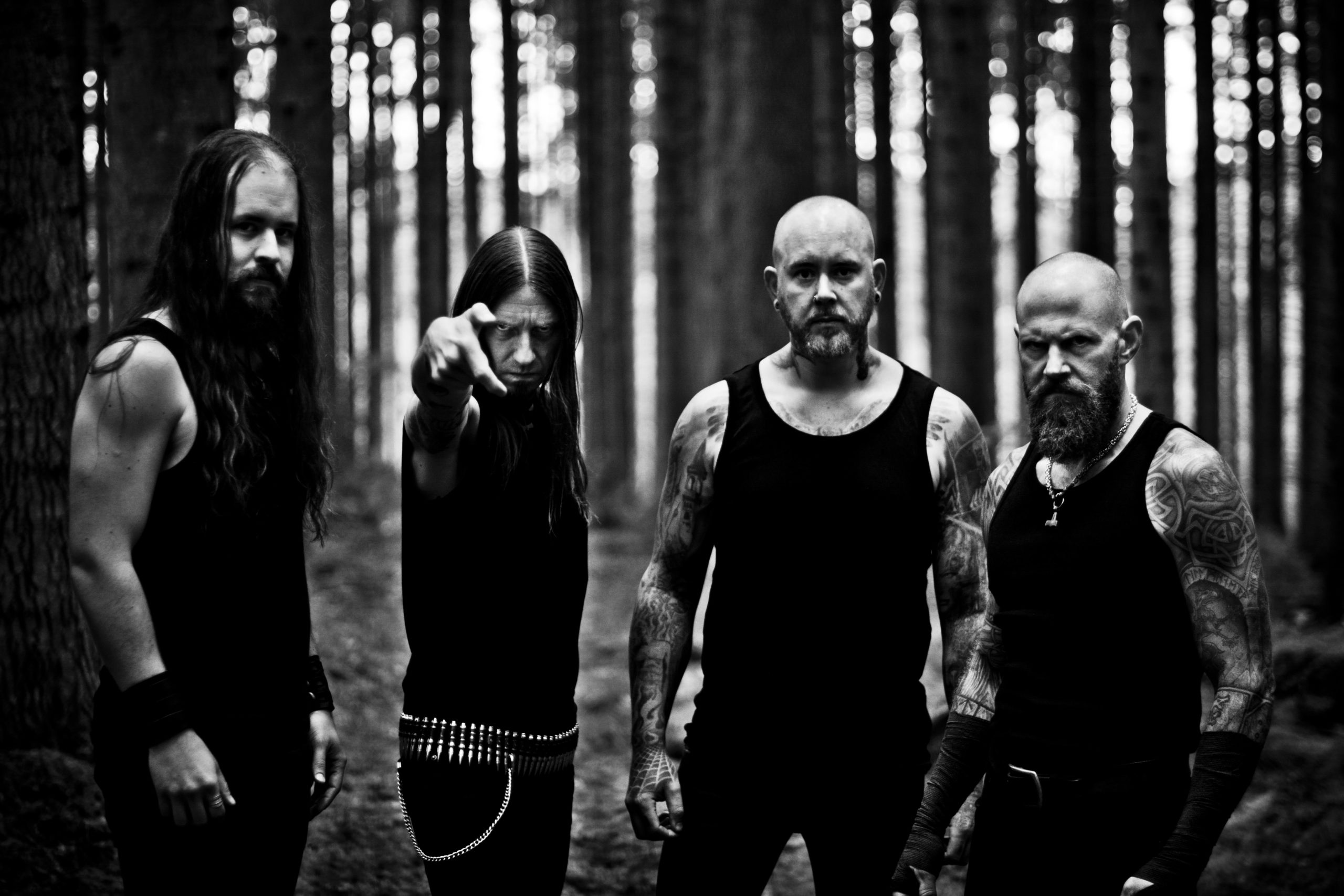 King of Asgard's new track "Kvikr" will have you hooked in a frenzy of hair whipping and sword swinging in the best way possible. Bringing together the best of both Nordic traditions, black metal and melodic death metal, with, naturally, a Viking flair, King of Asgard craft a sonic assault that will please any fan of the Norse tradition.

The band comments: "We are now revealing 'kvikr', which is the second song taken from 'svartrviðr', our forthcoming new album. The Old Norse term 'kvikr' is obviously cognate to the English word 'quick' and also means 'alive' or 'lively' as well as fast moving. Those familiar with King of Asgard will recognize the classic 90’s casing into which we have put this song. It is a harsh and straightforward track, but also epic and with a cinematic atmosphere. Lyrically, we are scratching the surface of all myths that appear in runic inscriptions. We are actually living not far from the site of a world famous runic monument. The Rök runestone is completely covered in long and enigmatic texts. The meaning of these inscription remains heavily debated and the general consensus about their interpretation keeps changing. Every time that we pass it along our ways, the stone still guards its secrets, while it stabs into the earth and reaches up to the skies. For the visuals, we have once again recruited Jimmy Johansson and Lino Puro Productions. Enter the cycle of death and rebirth… enjoy!"

"Kviker" is taken from their upcoming album, Svartrviðr due out May 28th.  Pre-order your copy HERE.

I am completely on board with King Of Asgard's upcoming release, Taudr. From the moment the record begins, you're instantly hooked in a frenzy...

This newest discharge continues to elaborate on their traditional Viking metal, but looming within it is an ominous forecast of the black metal variety.