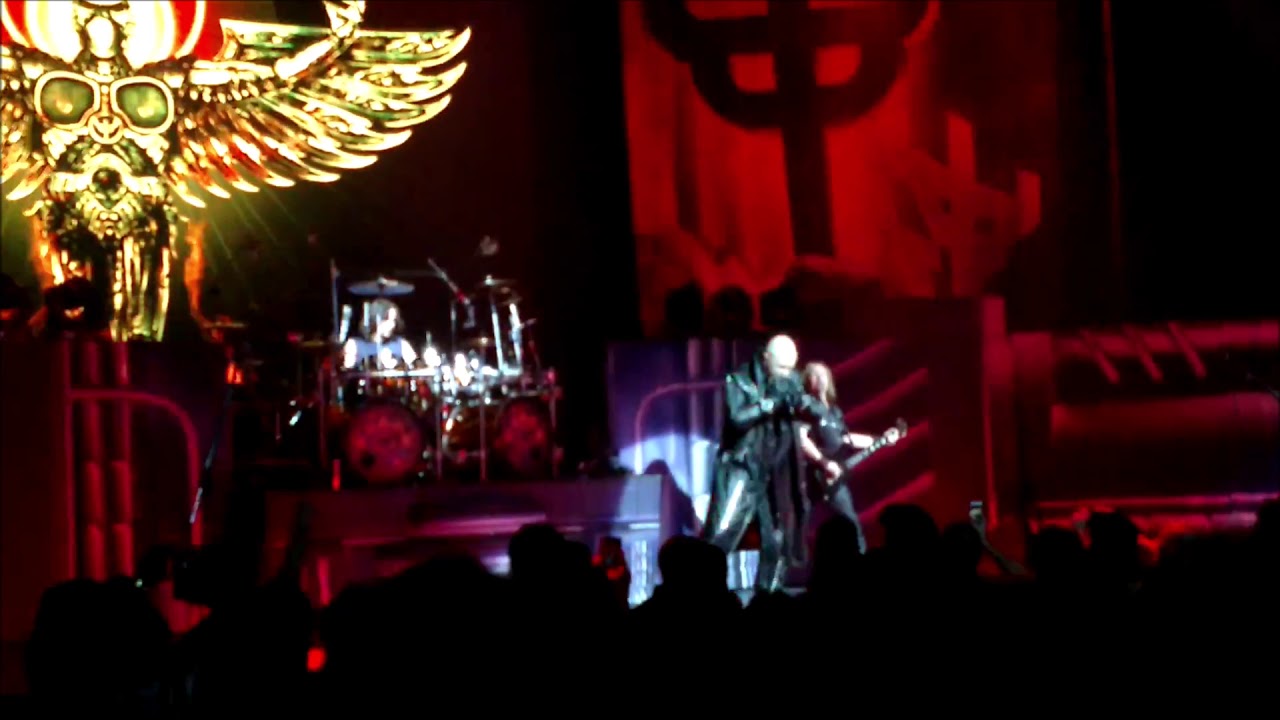 We've posted tons of Judas Priest fan-filmed footage over the years, but during the band's show in Rosemont, Illinois, filming became a problem. According to a report from Blabbermouth, one fan in the front row was filming vocalist Rob Halford with their front camera light on and Halford had enough. Halford moves back and gets a good kick in, sending the phone flying. You can watch the footage above and below at 0:39.

I can't imagine this has anything to do with Halford not wanting to be filmed. There are plenty of other people in the front row filming and he doesn't kick any of their cameras or phones. 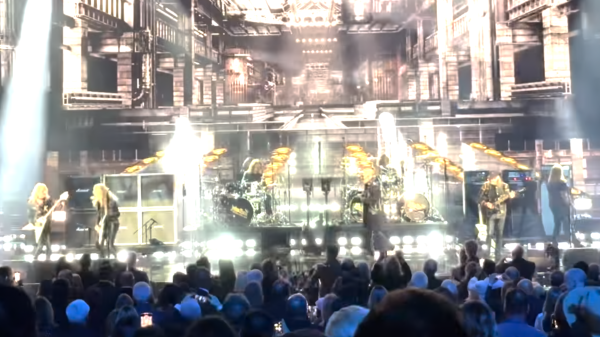