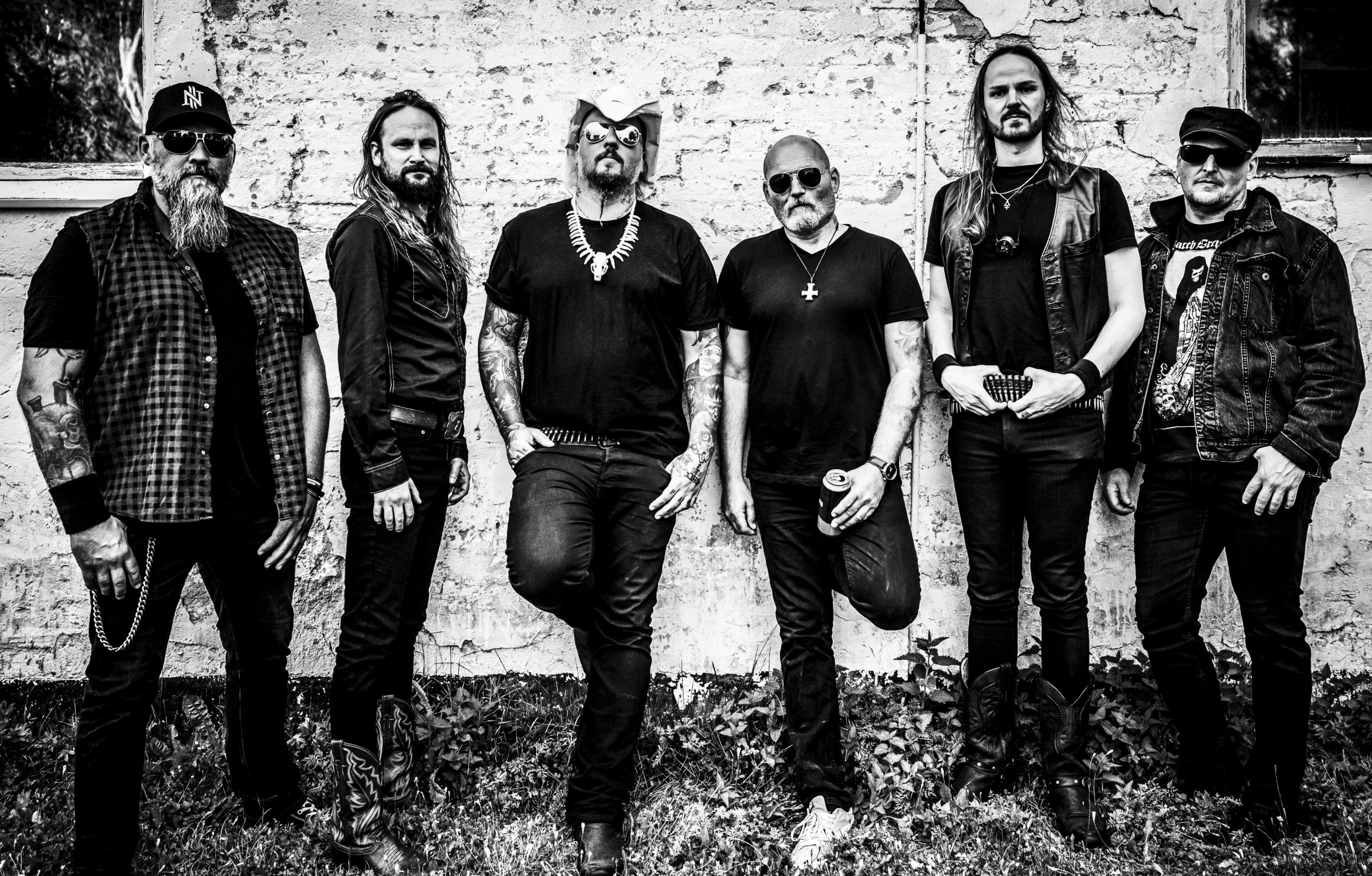 Hellbound and Nordman vocalist Håkan Hemlin have teamed up for a new song called "King Of Misery." The song is part of a double-single released late last year to celebrate Hellbound's 10-year anniversary, which will also see a 7" release later this year via Discouraged Records.

"In the midsummer of 2021, Hellbound once again joined forces with Håkan Hemlin, legendary singer from the Swedish folk band Nordman and recorded 'King of Misery,' said Hellbound guitarist Henrik Mikaelsson. "Owe Lingvall (Dreamday Media, Nocturnal Rites) was hired for the video, and the location for the video shoot was at the famous 'Rockbarn' outside of Umeå that has hosted many local folk and country heroes over the years… Now we proudly present 'King of Misery,' which is the first song from our upcoming album.

In the meantime, check out both singles here.