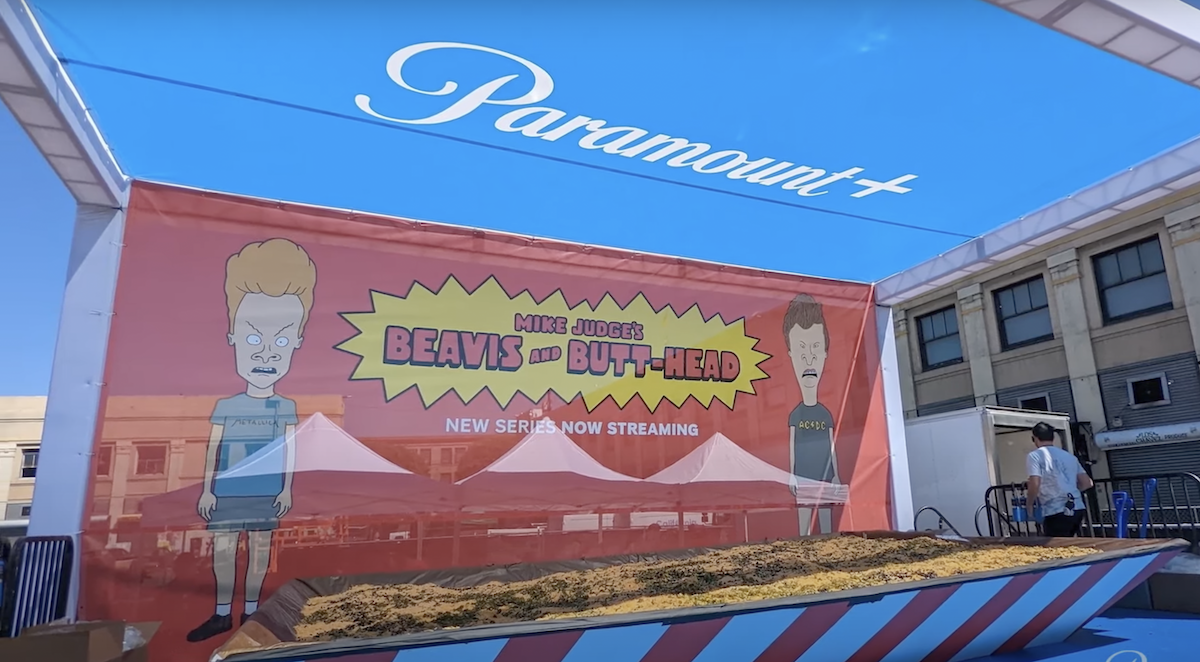 Paramount+ threw a party to celebrate Mike Judge's revival of Beavis And Butt-Head, and in the process set a new Guinness World Record for history’s largest serving of nachos. The serving was dished out at the Smorgasburg LA on September 25 and weighed a table-smashing 4,870 pounds. The record has been certified by the Guinness Book Of World Records, while Beavis And Butt-Head creator Mike Judge has called the record "the proudest moment of my career."

Beavis and Butt-Head creator Mike Judge recently spoke with The New York Times where he revealed there were originally plans to do a live action/animated hybrid movie for the duo, but it it never panned out. Still, Judge adds that a live action movie isn't out of the question.