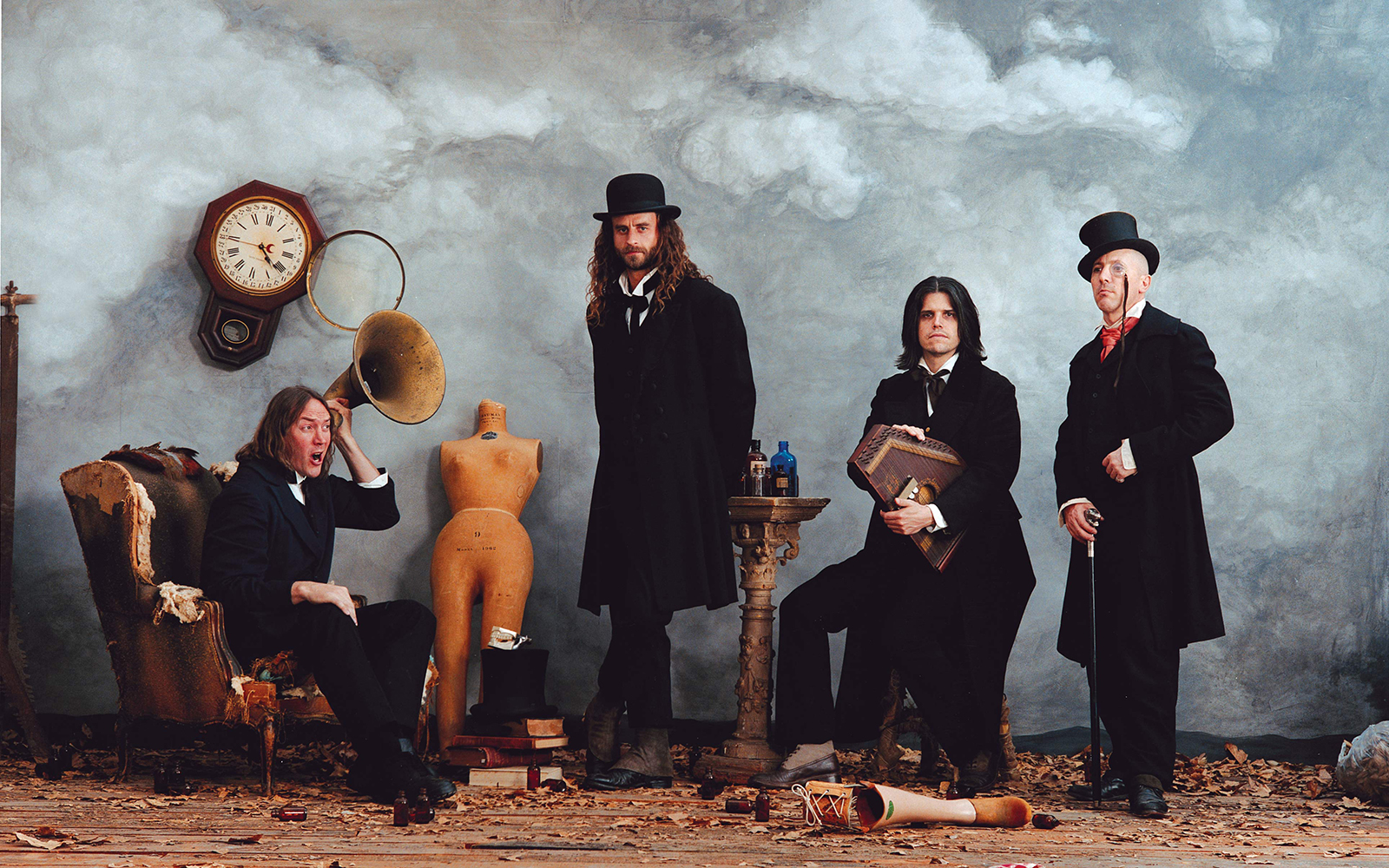 Tool are in full tease mode, it seems. Maynard James Keenan said he hopes the album will be released by May or June. We're guessing it's not May, since we would have likely heard something by now. But, it seems safe to assume we'll be getting a new single this month.

First up, Adam Jones has posted a video playing a new riff with the caption "Getting ready for Sunday." Sunday, the band will perform at Welcome to Rockville. It will be their first performance since finishing their new album. Here's the riff:

To add fuel to the fire, frontman Maynard James Kennan posted a silly photo on his Twitter suggesting the band is considering playing new material as well:

So, hopefully when Monday morning rolls around we'll have some nice high quality footage of a new Tool song to enjoy.

Here are the band's upcoming dates:

Guitarist Adam Jones discussed the process of the new album during a Q&A session in 2018 as transcribed by Alternative Nation. It should be noted, these interview clips are transcribed from some of the meet and greets Tool arranged last May.

Jones talked about how it has come to be and adds that a "lot of the songs on the new record are in 7, it's pretty incredible."

"I don't know if you've noticed but we've kind of this sense of quality. We want good music, we want good art, we want quality t-shirts. We want to put things out when they're ready. I know, sore subject.

"To jump to that burning question: 'When's the record coming out?' I appreciate it, I appreciate it. A year ago this month, the four of us met at a place called Dave's Place in LA. It's a little a rundown but very cool-vibed studio in the valley just to see where we're at. We were about 70% there.

"We continued to work on stuff and we broke from that and on and off continued to get to the finish line and just before we came here, for just over a month we were at another studio and what we usually do is we get the drums because it just doesn't work with our band to like record the guitars and get the drums.

"You have to build off the drums. Dan [Carey] has such an eclectic set. Yeah. So it just, that's the secret to our record – just kind of going into a big room, recording the drums and the last two times – it's usually Maynard [James Keenan], me and Justin [Chancellor] are all in separate rooms.

"We're going to move into another studio and the rest of us will hit hard and then we'll figure out how to do that propaganda thing we do and we'll get it out to you guys.

"We love Joe [Barresi, producer]. Joe is a guitar guy but he's also like a music guy. The guy is just like, obsessed, and he is a really good listener. So he's a drum guy, a bass guy, a vocal guy, and I think his work speaks for itself.

"We're approaching it the same way we have a long time. So we self-produce. Also, in the old days, I think we used to like to work with a different engineer, someone who captures what you're doing and bring in a different mixer, someone who you know balances all the music and thought that was a really good idea.

"But I think we found that having the same guy do it, he could set it up like having wet blankets on your speaker and pulling them off and just going, 'Oh my gosh.' A lot of the songs on the new record are in 7, it's pretty incredible."