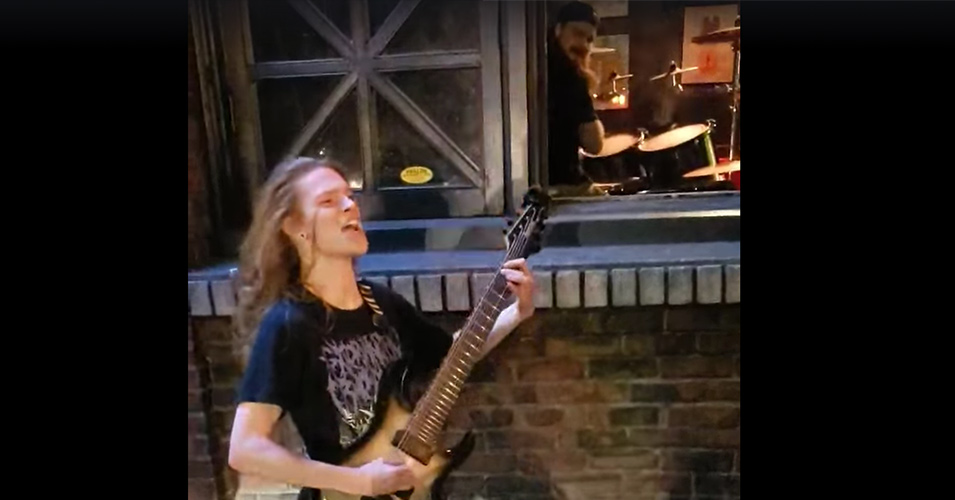 Ancient Burials ran into in an interesting situation when they tried to play the Hawthorne Theatre in Portland on August 20, and that's that one of their guitarists was too young to enter the venue. Instead of just packing it up and going home, half the band played out on the sidewalk with a wireless pack while the other bandmates played the actual venue itself.

Here's what fellow showmates Paradigm Shift's bassist Galen VanEeckhoutte had to say about the situation.

"So our homeboy in Ancient Burials was a bit too young to play inside, so we hooked him up with some wireless gear. I think it has to do with Oregon's state laws. In my younger years in Michigan playing gigs they always just marked my hands with an X."

In this article: Ancient Burials