OVERKILL Say There Will Be A New Record In March 2014

Only a year after Overkill released their sixteenth record, The Electric Age, they're eyeing up yet another release in March of 2014. Everyone go grab your jean vests!

Well, March 7 to be exact. Apparently the record is being written right now, and then recorded and all that jazz later on this year. Founding frontman of the band Bobby "Blitz" Ellsworth had this to say about the new record and touring cycle for next year, as obtained by Blabbermouth:

There's six songs done [for the next record so far]. What we're gonna do in the interim is we're gonna come over while recording and do European festivals. After that, we do a U.S. tour with the German band called Kreator. It's gonna be a flip-flop headline; we'll close the shows on the East Coast in those theaters and they'll close on the West Coast in theaters, or big clubs. After that, we drop the record in March, it hits the street. They even gave me the date as March 7 already, so we're that far planned ahead for those type of activities. And after that, I'm sure that what we're gonna do is just start rolling these tours again. And I think that as we've gotten older, one of the things that we like is that we actually do more tours, but we do less touring; we're not away from home for three months or sixty days, we're away from home for three or four weeks. Three weeks is a great tour for a guy my age. Because then you don't have to recover for a month when you come home.

Amazing that there's a release date for a record that's being written right now, presumably without any name or artwork. I guess that's how stuff works on the business end of a big band like Overkill! I'd say get excited about it, but that's pretty far away… and all that excitement for that long might kill you. Maybe even over-kill you. 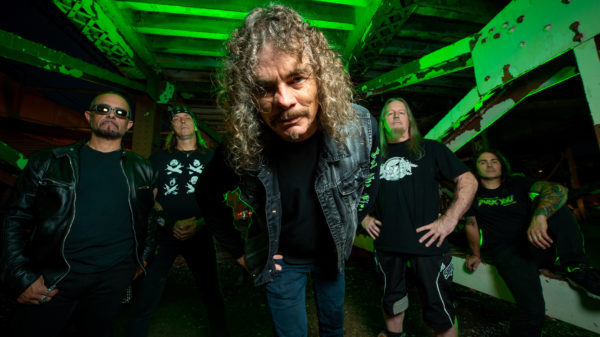 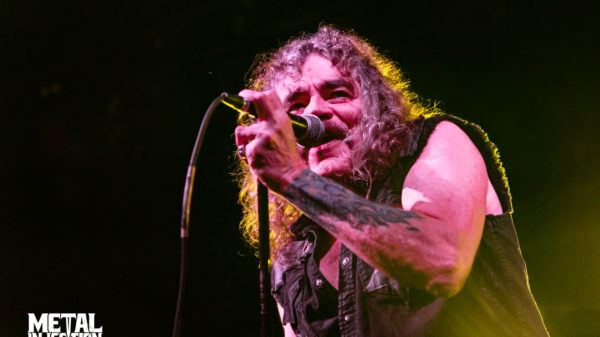 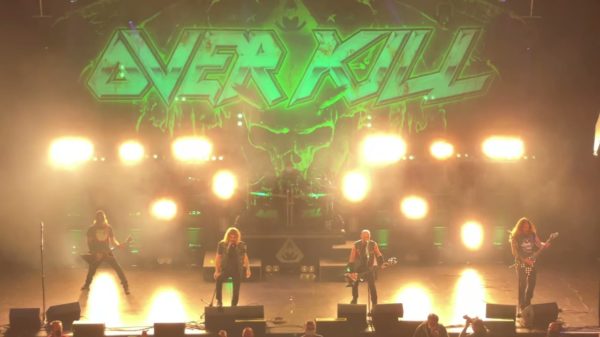 OVERKILL Guitarist To Sit Out Upcoming Tour For "Personal Reasons"

Phil Demmel is in.