MÖTLEY CRÜE Not Happy There's An Unauthorized Play About Them Happening Soon
Ugh, are there going to be two Sodoms now?

Last week Sodom bassist, frontman, and current sole member Thomas "Angelripper" Such announced both guitarist Bernd "Bernemann" Kost and drummer Markus "Makka" Freiwald would be exiting the group. Such said a new Sodom album would surface in 2018 and the band will not cancel any shows. Now Kost and Freiwald have released a joint statement on their firing, revealing that it was all done via the texting app WhatsApp, and they're not too pleased about it.

They also end their statement by saying "Within our hearts, we will remain Sodom even if Tom is not with us any longer," implying they might also carry on as Sodom? Because that's what metal needs right now – another band that there are two versions of floating around.

"Tom has already pointed it out in his statement that in fact we have slightly drifted apart from each other. Indeed, our conceptions of respect and workload diverged even further. Also tour offers neglected by Tom disappointed us.

"After its overwhelming reactions, we were totally looking forward to creating a successor to 'Decision Day' and have already recorded lots of song ideas. Unfortunately, Tom did not share our enthusiasm; he terminated his cooperation with us via [messaging platform] WhatsApp even without listening to any of the new material.

"Of course, it is not easy for us to leave Sodom — the band that have become such a huge part of our lives and that we totally identify with. But, we will not stop doing what we love — together we will found a new band and we will see a way forward.

"Within our hearts, we will remain Sodom even if Tom is not with us any longer."

Kost had played with Sodom since 1996 and Freiwald since 2010. No new lineup has been announced just yet. 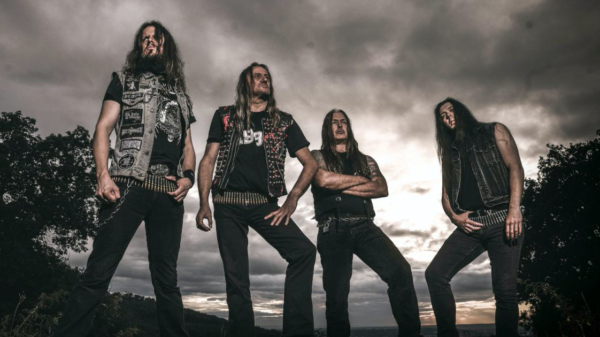