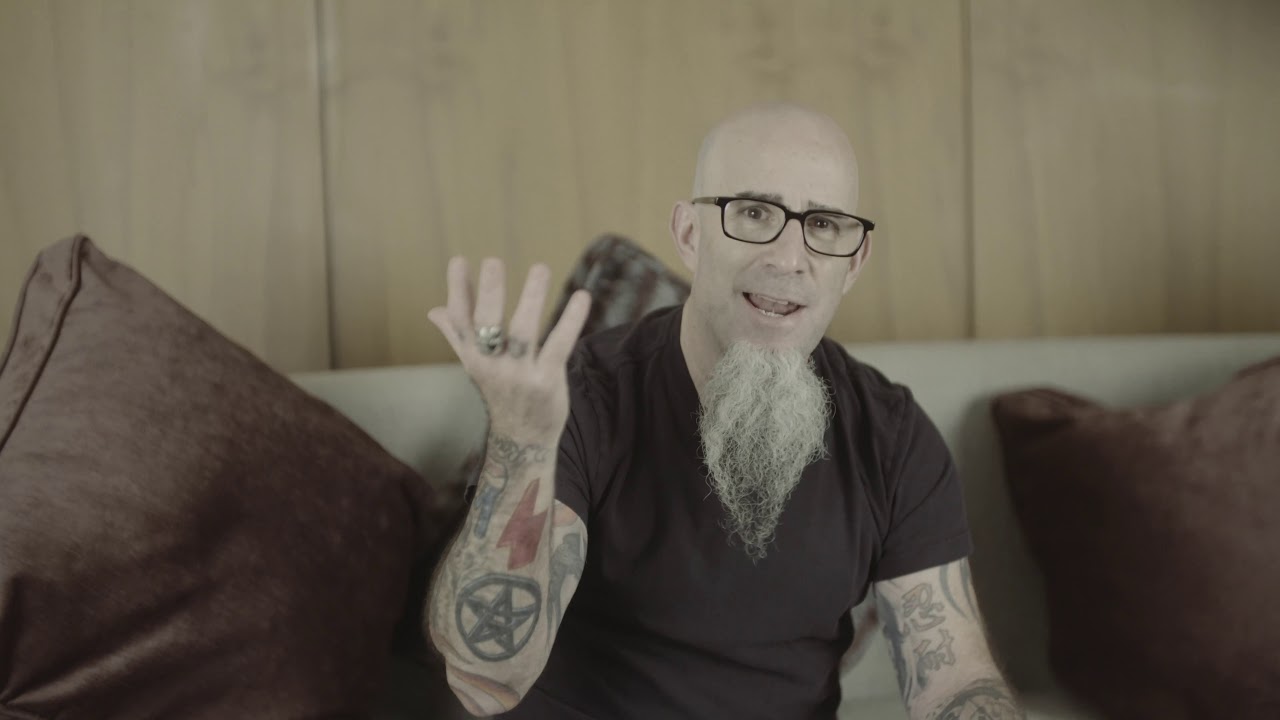 If you've seen the infamous Metallica Behind the Music, you know that it was Anthrax's Scott Ian who helped get the band set up in New York as they were recording their debut album. He was also there to witness Metallica make the difficult decision of kicking then-guitarist Dave Mustaine out of the band, my famously waking him up with a Greyhound ticket back to California.

Ian recounted that infamous moment when guesting on a recent edition of No Fuckin' Regrets, Robb Flynn's podcast. Ian recounted "They all drank, but Dave drank more than they did," Scott recalled with a laugh. "And the difference with Dave was, from my memory of that time, 'cause we were there all the time — we were hanging out with them all the time — all those other guys would get drunk and it was always fun, and Dave was kind of the not-fun guy when he would get too drunk. I mean, everybody knows one [guy like that]. And I think that was basically the beginning of the end, because now they were living together [at the rehearsal studio], and they were in close quarters all the time together, and I think they realized, they were, like, 'How the hell are we gonna keep doing this and move forward if we're constantly worrying about this?'

"I remember walking in one day and Cliff [Burton, then-Metallica bassist] was standing outside having a smoke," he continued. "And I [said], 'Hey, man, what's up?' He was, like, 'Not much. We fired Mustaine. He's on a bus, he's on a Greyhound back to the [San Francisco] Bay Area.' [And I was, like], 'Yeah, right.' He was, like, 'No. I'm serious.' And it's Cliff, so he was that total ballbuster wise-ass. And he was just kind of smirking at me. And I'm, like, 'Shut up. You're playing a show week. Who's gonna play guitar?' He was, like, 'We've already got a guy coming.' I said, 'Get the fuck outta here.' He goes, 'Go upstairs. Ask James.' So I go up to the room. They're just kind of dicking around in the room. I don't see Dave. And I'm, like, 'What's going on? Cliff tells me you guys fired Dave.' And Lars [Ulrich, METALLICA drummer] was, like, 'We did. Early this morning, we put him on a bus. He's already five hours on the way back to California.' [I was, like], 'What? What?' We had no idea. I [said], 'What are you gonna do?' [They said], 'We've got this guy coming from this band EXODUS that we know. He's getting here tomorrow.'"

According to Scott, Mustaine was very much the focal point of Metallica during the band's early live shows. "People don't know that," he said. "James wasn't James yet. When I first met James, he would drink and he would change, but James, he was kind of like a shy, quiet dude. Dave was the mouthpiece. Dave was the guy. He was the frontman — a hundred percent… He was the attitude; he was the personality — it was everything. And I was kind of, like, 'You think this is the right idea?' And [they said], 'We had to. We couldn't deal with it anymore. He was getting us into trouble.'

"Everyone knows the stories, but they just didn't wanna have to deal with that," Ian continued. "It was hard enough living on the floor of a freezing-cold building, I guess, and dealing with your own issues [and then] have to worry about someone else's… I mean, I get it. I understand. It's what had to happen in that moment. I've been there myself, making personnel changes in my band. I understand it. Sometimes it's the most impossible, worst thing in the world to have to do, but in order to take that next step forward, you have to."

Dave Mustaine famously said back to Metallica after being fired "'What?! No second chance, no warning? C'mon, we all drink. C'mon.'" Mustaine recalled in 2009 to Norway's Lydverket. "And [they were like], 'No, that's it. You're gone.' And I was like, 'All right.'"

The two sides have since buried the hatchet. Mustaine, however, got back into it with Lars Ulrich in 2018 over some writing credits to the No Life 'Till Leather demo.