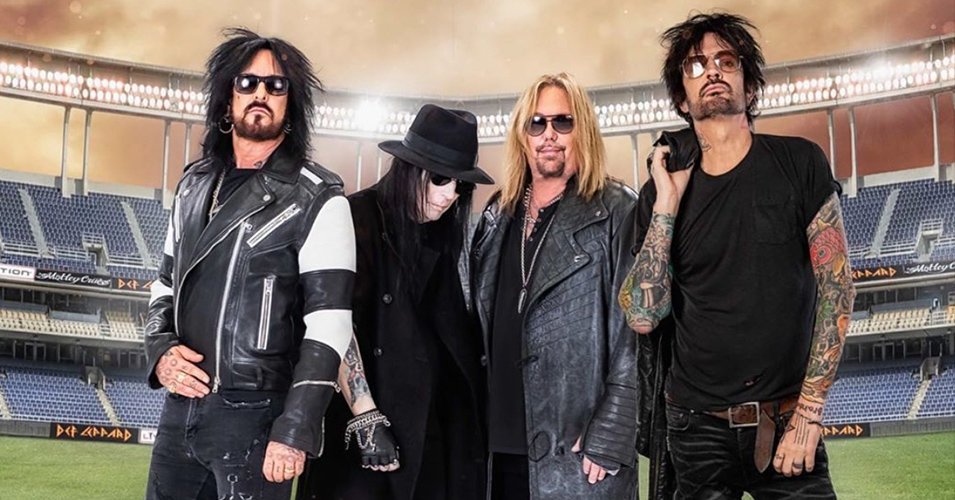 The box will feature the Crüe's first five platinum-selling albums pressed on colored vinyl — Too Fast For Love (white/black splatter), Shout At The Devil (Yellow/black splatter), Theatre Of Pain (hot pink magenta/black splatter), Girls, Girls, Girls (cyan blue / black splatter) and Dr. Feelgood (coke bottle green / oxblood splatter).The albums will come in a solid black slipcase with foil imprint that is only available via the vinyl box set. A limited run of Crücial Crüe box set will also be available on CD, and both versions will be limited to 10,000 available globally.

After announcing the European trek, the Crüe announced that long-time original guitarist Mick Mars will be retiring from touring. His replacement, John 5, was announced shortly after and recently posted some clips of him rehearsing the Mötley Crüe classic "Girls, Girls, Girls."

About the retirement of Mars, the band wrote, "While change is never easy, we accept Mick's decision to retire from the band due to the challenges with his health," said Mötley Crüe at the time. "We have watched Mick manage his Ankylosing Spondylitis for decades and he has always managed it with utmost courage and grace. To say 'enough is enough' is the ultimate act of courage. Mick's sound helped define Mötley Crüe from the minute he plugged in his guitar at our very first rehearsal together. The rest, as they say, is history. We'll continue to honor his musical legacy."

Motley Crue kick off their tour with Def Leppard in February in Mexico City. You can check out all confirmed dates below.

Getting ready for touring.