Sadly, it was reported hours ago that Wes Craven had died at the age of 76 after a struggle with brain cancer. Craven, a Cleveland-born writer, director, and producer, took a highly unusual path to Hollywood. Before becoming one of cinema’s most respected maestros of horror, Craven had been an academic with teaching posts at Westminster College and Clarkson University. Then, while living in New York City in the early 1970s, Craven began working in the film industry with various jobs in post-production. In order to make a lot of money quick, Craven, under a variety of pseudonyms, began directing hardcore pornography, a little-known fact that Craven discussed in 2005’s Inside Deep Throat.  It wasn’t until 1972 when his first mainstream feature film was released. As far as many were concerned at the time, Craven’s The Last House on the Left had all the charm and social worth of a sleazy porno.

The Last House on the Left, which retells the same medieval Swedish revenge ballad that had previously been covered by Ingmar Bergman in the 1960 film The Virgin Spring, became a revolutionary moment in the history of horror. A low-budget and highly realistic murder movie that combines grizzly scenes of rape and mutilation with a screwball comedy subplot involving two dimwitted lawmen, The Last House on the Left essentially mapped the major points of Craven’s subsequent career. His best films always display well-crafted and smart storytelling alongside visually disturbing images of graphic violence. During the 1980s, Craven, as the man responsible for A Nightmare on Elm Street, created a lasting and iconic figure in Freddy Krueger, the ever-popular dream killer who looks like a cross between a street bum and Jimmy Durante after a flame bath. For most, this would’ve been good enough to hang a career on, but Craven not only created another classic movie villain with Scream's Ghostface, but the 1996 film itself rescued the horror film genre from the doldrums of the early and mid ‘90s with sharp postmodern storytelling.

Although best known as a horror director, Craven also directed the Oscar-nominated Music of the Heart and a story in the critically-acclaimed anthology film Paris, je t’aime. Still, Craven shined best when dealing with the macabre and malevolent. That’s why so many of his best films are chock full of metal moments.

6. The Last House on the Left

This is where it all began. The Last House on the Left has it all: blood, guts, and a blowjob gone terribly wrong. The plot begins when Mari Collingwood (played by Sandra Cassel) and Phyllis Stone (played by Lucy Grantham) travel to New York City in order to see an Alice Cooper-like rock band named Bloodlust. There they run into a completely evil gang of misfit criminals led by the murderer and rapist Krug Stilo (played by David A. Hess). Stilo, along with his son Junior (played by Marc Sheffler), the sexual psychopath Sadie (played by Jeramie Rain), and the child molester Fred “Weasel” Podowski (played by Fred Lincoln), take the poor unfortunate girls on a tour through hell that ends with a distressing double homicide. This is not the end of the violence, however. When Krug’s gang winds up at the Collingwood home, Dr. John Collingwood (played by Gaylord St. James) and Estelle Collingwood (played by Cynthia Carr) exact a terrible revenge. If you feel a little queasy during this exploitation classic, just remember to repeat: “It’s only a movie.”

5. The People Under the Stairs

Often overlooked, The People Under the Stairs is one of Craven’s hidden gems. Set in the seedier side of Los Angeles, The People Under the Stairs is an urban legend about a pair of wealthy, but vile landlords (played by Everett McGill and Wendy Robie) who may or may not be sitting on top of a horde of gold. When Poindexter “Fool” Williams (played by Brandon Adams) and other neighborhood teens, break into the Robeson home, they find that the landlords are a pair of incestuous freaks who cavort around their mansion in S&M gear while overseeing a small army of cannibalistic lost children in their basement. A serial killer story that contains more than an once of the classic fairy tale narrative, The People Under the Stairs is arguably Craven at his most surreal.

4. The Serpent and the Rainbow
Advertisement. Scroll to continue reading.

Based on ethnobotanist Wade Davis’s account of the same name, 1988’s The Serpent and the Rainbow, which gave the world one of the greatest film posters ever, tells the story of Harvard professor Dennis Alan (played by Bill Pullman) and his trip to the voodoo-haunted island of Haiti. After being hired by a Boston pharmaceuticals company on the lookout for a new, more powerful anesthetic, Alan travels to Haiti in order to investigate the case of Christophe (played by Conrad Roberts), a man who supposedly died and came back to life after a voodoo ritual was performed. It is Alan’s belief, and the hope of his financial backers, that Christophe and other reanimated “corpses” are the result of a natural drug or poison that causes temporary paralysis and the false creation of a zombie.

While investigating real-life zombies, Alan suffers under the brutal tyranny of Tonton Macoute officer and black magician Dargent Peytraud (played by Zakes Mokae), as well as the vagaries of revolution and local superstition. One of Craven’s first films to break away from the “slasher” mold that he helped to create and popularize, The Serpent and the Rainbow is a worthwhile watch.

3. The Hills Have Eyes

A retelling of the Sawney Bean legend of Scotland, The Hills Have Eyes was Craven’s second feature film after The Last House on the Left. While his previous effort was lambasted for its realistic depictions of depravity, Craven’s second offering provided even more reasons for revulsion, for The Hills Have Eyes, which helped to launch the cult career of Michael Berryman, is best known for its rape scene involving Pluto (Berryman), his brother Mars (played by Lance Gordon), and Brenda Carter (played by Susan Lanier).

When the Midwestern Carter family decide to drive across the country to Los Angeles with their car and travel trailer, they have the misfortune of breaking down in the arid Nevada desert. While in most situations this would be an annoying inconvenience, the Carter family’s predicament gets much worse when a family of cannibals descend down from the mountains and wreck the all-American bliss of the Carters. A dirty, grindhouse concept that Craven elevated to art, The Hills Have Eyes was is one of the best American horror films ever made and a landmark achievement of the gritty 1970s.

2. A Nightmare on Elm Street
Advertisement. Scroll to continue reading.

Freddy Krueger (played first and best by Robert Englund) is memorable for a million reasons. With a razor-sharp sense of gallows humor and, well, razor-sharp finger knives, Krueger is a unique serial killer who targets the dreams of teenagers. Inspired by both a Los Angeles Times article about a Cambodian refugee who died in his sleep and by a chilling encounter that Craven had with a wino while he was a youngster in Cleveland, A Nightmare on Elm Street pits the former living, but now ghostly child murderer Krueger against various innocent tens in Springwood, Ohio (which looks an awful lot like southern California). In an innovative move, Craven, who wrote the script, created a killer who targeted his victims in their dreams, but killed them in real life. In this way, Krueger could not be avoided by the hunted for too long. Also, the dream scenario gave Craven carte blanche to experiment with incredibly bizarre, and therefore original death scenes. While many of the later films helped to sour the franchise overall, the original remains a must-see.

Depending on who you ask, Scream is either best thing to happen to horror movies or the worst. Without question, the horror boom that started in the late 1970s and early 1980s with films like John Carpenter’s Halloween and Sean S. Cunningham’s (who produced The Last House on the Left, by the way) Friday the 13th was dead, buried, and stinking up the joint with rotten fumes by 1996. Horror fans before the coming of Scream had to choose between either stale sequels or watered down horror-comedies. Basically, the conditions were right for a new breed of horror film, and Scream captured the zeitgeist and then some.

Written by screenwriter Kevin Williamson, who had been inspired to write a classic slasher film after watching a television documentary about Danny Rolling, a.k.a the Gainesville Ripper, Scream cultivates the meta-narrative better than almost any other movie, for its characters are painfully literate in the rules, themes, and cliches of other horror films. While many horror purists would point out that this is where snark became a substitute for better character development, Scream did nothing more than tap into the sensibilities of youth culture in the 1990s. In the wake of this self-aware film about a masked killer stalking high school students in California’s wine country, a new wave of horror films hit American theaters and the genre hasn’t hit the nadir of the early ‘90s since.

In this article: A Nightmare on Elm Street, scream, the hills have eyes, The Last House on the Left, The Serpent and the Rainbow, wes craven 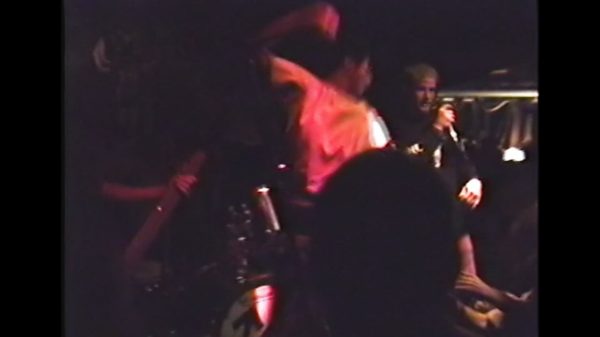 Scream originally existed between 1981 and 1990. The band broke up and then-drummer Dave Grohl went on to join Nirvana, though Scream would get...

An album all about the fucked up censorship of the late 80s.