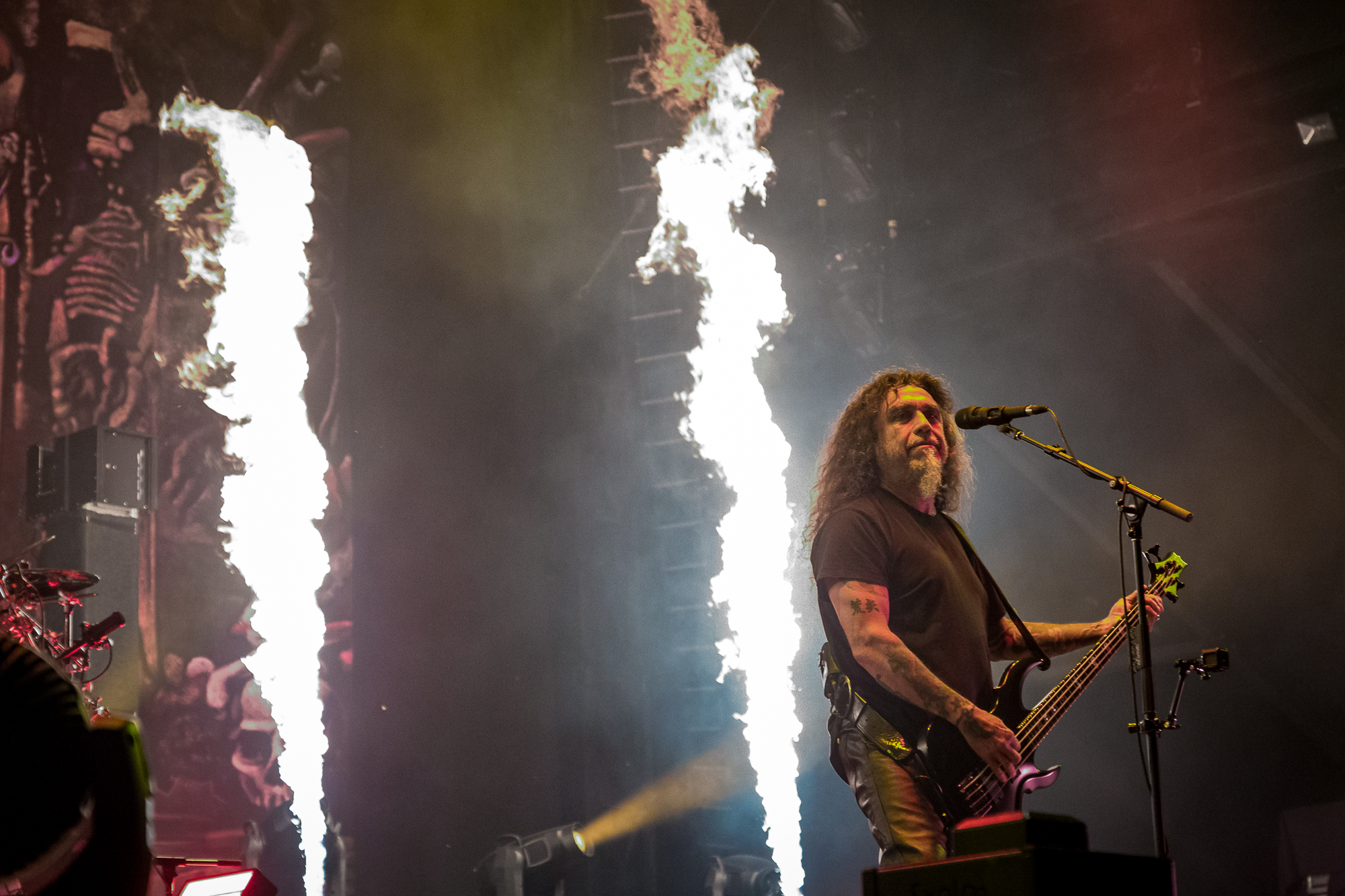 Consistency in music is one of the most difficult things to maintain. Line-up alterations, inner band turmoil, or just a lack of imagination can cause things to stagnate from time to time – a stagnation that even the greatest acts in the world can come across.

Heavy metal is no different. For all the great stuff that’s been produced over the decades, there also lurks some regrettable recordings in the genre’s history. This even goes for some of the style’s best groups, many of which have slipped up at some point in their timeline.

No band can get it right every time, and that’s what this list can attest to. It features ten poor albums by ten of metal’s heaviest hitters – most of which go completely against what their creators’ work was all about prior to their release.

Gloomy metal icons Korn certainly lost their way in the latter half of the noughties, with directionless records like their Untitled album, but they hit an ultimate bum note in 2011 with their electronic-infused tenth studio album The Path of Totality. Besides the vicious stylistic mashup “Get Up!,” there’s really not much to praise on this LP. Even dubstep masters Noisia can’t save this one from its own doomed fate. It’s great when bands evolve and mutate their sound, but when it’s as ham-fisted as The Path of Totality is, it’d be better if they just stuck with what brought them to the dance in the first place.

Even industrial metal titans Fear Factory can’t sport a faultless discography. Despite releasing phenomenal albums like Demanufacture and Obsolete, their foot was well and truly off the gas on 2005’s Transgression. With founding member Dino Cazares out of the mix, Transgression just doesn’t sound fully formed at all. His replacement Christian Olde Wolbers – who’s a great guitarist in his own right – does his best, but the insanely claustrophobic production and surprisingly sloppy songwriting can’t be overcome. It was allegedly rushed, and judging by the finished product, it sounds that way.

Some might say that 2001’s Demolition was the worst Judas Priest album, but to my ears, it was marginally better than 1997’s Jugulator. It was the follow-up to the band’s classic 1990 LP Painkiller, and the first to feature Tim “Ripper” Owens on vocals. Owens actually does a good job here, but it’s the songs themselves that are the problem. The surprisingly brilliant epic “Cathedral Spires” aside, the rest of Jugulator falls into a rehashed slumber, searching for that special something that made classics like “Breaking the Law” and “You’ve Got Another Thing Coming” such enthralling pieces of music. Sadly, they fail to recreate it on this forgettable endeavor.

Remember when Pantera were a glam metal band? Before they were crushing skulls and taking names later, the no-nonsense four-piece began life as a Van Halen-esque hair band. It’s certainly a far cry from what they evolved into, and debut album Metal Magic is a perfect example of changing for the better. Because despite the members being in their teens at the time, it’s such a radically different sound, that it warrants assessment. Sadly, the results aren’t good. With Terry Glaze on vocal duties and not Phil Anselmo, Pantera sound more like a cheap knock-off rather than the genuine article. Dimebag Darrell’s supreme guitar work comes through (incredibly impressive for his age at the time too), but the songs are so cookie-cutter that even he can’t undo the damage.

The cringeworthy hollers at the beginning of “American High” are enough to have you thinking: “Is this really same band who made Burn My Eyes and The More Things Change?” Sadly, it is. Yes, Machine Head altered their trademark brutalizing sound in the late ‘90s, opting instead for a more nu-metal-inspired sound template. While 1999’s The Burning Red was by no means a great record, it wasn’t completely reliant on the divisive genre. Well meet Supercharger – an album which dives headfirst into nu-metal’s worst traits. Besides the very aptly titled “Bulldozer,” the rest of the LP shamelessly goes for rap-centric vocals, dreary downtuned riffs, and cliched themes – the complete opposite of what made them so great to begin with.

Fans of the death metal group Morbid Angel were greatly anticipating the band’s return to music after eight long years of waiting. Unfortunately, they were sorely disappointed with what materialized in the end. Released in 2011, Illud Divinum Insanus was an almost offensively bad album, complete with bog-standard songwriting, gobsmackingly poor lyricism, and a complete lack of hooks. The absence of drummer Pete Sandoval can be felt all over this dull release, and even masterful producer Sean Beavan can’t bring it back to life. The record was delayed constantly before it finally dropped, and sadly, is shows.

Hard thrashers Anthrax remain one of the best bands to come out of the thrash sub-genre, but you wouldn’t know it on the basis of their 1995 release Stomp 442. If you looked up the word generic in the dictionary, this record would probably be given as an example. It’s made up of 50 minutes of unimaginative speed metal that zooms over your head without making an impact – the complete antithesis of what made them so great throughout the ‘80s. However, they weren’t the only group of their ilk to falter on occasion…

Yes, following in Anthrax’s terrible album trail were fellow thrash legends Slayer. At a time when nu-metal was all the rage, Slayer found themselves a crossroads, releasing their unfocused eighth studio album Diabolus in Musica in the summer of ’98. However, tuning their guitars down to #C didn’t stop this album from reeking of desperation. Lead single “Stain of Mind” is serviceable enough, but the rest of the record lacks the vitality and urgency that epitomized albums like Reign in Blood and Seasons in the Abyss. Thankfully, they got back into their groove in recent years, ultimately distancing themselves from this failed experiment in the process.

Released in 1995, Black Sabbath’s Forbidden is the work of a group in disarray. With only one original member involved in the project, Forbidden doesn’t represent the legendary band’s true capabilities. Guitarist Tony Iommi delivers his trademark doom-laden riffs, but they lack imagination compared to some of his greatest creations. The record is a tepid affair which isn’t helped some totally uninspired compositions. With Body Count’s Ernie C and Ice-T contributing heavily to it, the album feels weirdly out of place in the band’s discography too. It’s an interesting coming together of two iconic acts but it really should’ve been put under a different moniker. This isn’t the Black Sabbath of old – and the album suffers greatly because of it.

Boy, what were Iron Maiden playing at in 1998? With falsetto extraordinaire Bruce Dickinson out of the equation, substitute vocalist Blaze Bayley led the charge on the group’s eleventh studio album Virtual XI. Named to coincide with the FIFA World Cup that year, as well as to promote their video game Ed Hunter (the first sign that all is not well with this recording), Virtual XI is one of the most uninspired albums by a great band that you’re ever likely to hear. It’s bland, it’s lifeless, and it’s utterly devoid of any satisfying cuts. Avoid!

What do you think is the worst metal album released by a great metal band? Let us know in the comments!