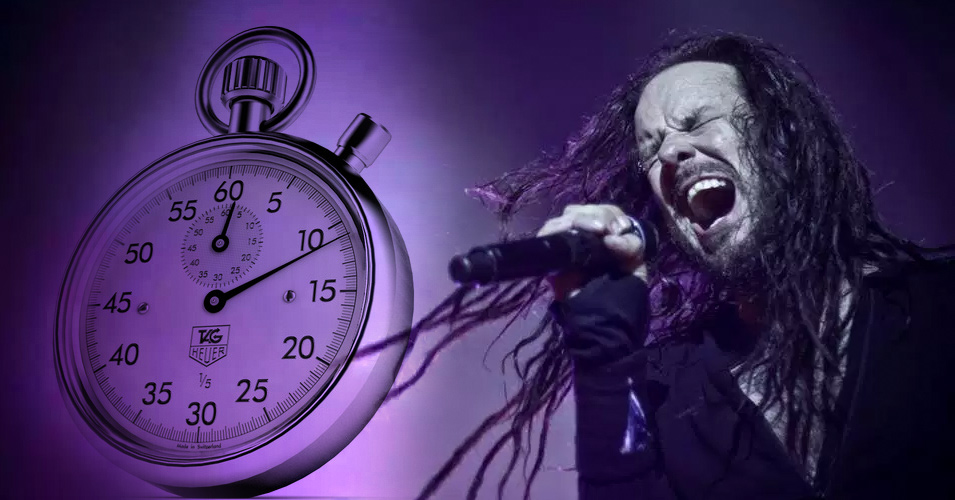 Heavy metal’s musical foundations have always lent itself well to lengthier compositions, but there’s plenty of examples of the opposite too. With little time to spare, bands like Napalm Death and Municipal Waste thrive on caving in heads with their quick, yet explosive concoctions.

We’ve already covered slightly less restrictive song durations with our ’10 Brilliant Metal Songs That Last Under 2 Minutes’ piece, but what about those tracks that are half that time in length? Well, they haven’t been forgotten.

Thought two minutes was short? Think again. These songs are over before you know it, but somehow, they make a mighty impression with such a small time span. These are 10 brilliant metal songs that last under a minute.

Recorded with some very low production values, Carcass’ 1988 debut album Reek of Putrefaction was never going to sound pristine. However, on the gut-wrenching 54-second cut “Frenzied Detruncation,” the lo-fi element works a treat.

When it comes to extreme metal, Carcass provide the goods on this pummeling track. Largely heralded for their influence on the goregrind sub-genre, songs like “Frenzied Detruncation” utilize horrific and bloody lyricism, mixed with an impenetrable musical backbone. Everything sounds muddy, but it only adds to the gnarly nature of the song – something which is expertly pulled off here.

It’s harsh, it’s noisy and it’s abrasive, but it’s also a fine example of how to knock out a killer track with very little time to spare. Warning: it’s not for the faint-hearted either.

Few current day metal acts can muster up the same intensity as the uncompromising trio Nails. And on their chaotic second LP Abandon All Life, they took the extremity of grindcore to its logical conclusion – one that shell shock’s the listener with its seething core.

The word ‘devastation’ normally comes to mind when listening to Nails, and that devastation permeates the 54-second crusher “No Surrender.” They pack two huge body blows into this reckless song, with a first half that speeds along, and a second part that cuts into a stunning groove – creating a noise shard that’s utterly terrifying and devastating in equal measure.

They really don’t come much more assaulting than this cranium-cracker, and to do it in such a short time frame takes immense skill. However, for Nails, it’s just business as usual.

Seriously, how good is Prowler in the Yard by Pig Destroyer? Very good is the answer. Although much of the record speeds along at a fast pace, one scintillating cut clocks in at just 49 seconds and refuses to let up: “Scatology Homework.”

A cavalcade of drums and guitars, mixed with the unholy screams of frontman J.R. Hayes is enough to make the hair stand on the back of your neck. They never rest on their laurels either, mixing the arrangements up throughout, creating a frightening component of unpredictability. If the blazing thrash elements don’t hook you in, then the eargasmic outro groove will.

It’s another piece of evidence to prove Pig Destroyer’s ‘less is more’ beliefs, because despite “Scatology Homework” being just 49 seconds in length, it manages to say a hell of a lot in that time.

Serving as the only track on the album to come in under one minute, “Vision” from Brutal Truth’s fourth album Sounds of the Animal Kingdom contains the same maniacal brilliance found on the rest of the influential 1997 LP.

“Vision” is as angry and confrontational as they come, with lyrics like: “fact is, you’re fucked in the end, bastard, we laugh and watch you fall” plastering it. Musically, it’s kept in place by some vicious blast beats, crazed vocals, booming bassline, and a shredding guitar workout, coming together to form one tight, crisp, and brutal sound.

This one rips through the speakers with its razor sharp claws, thanks to a vocalist who knows no singing boundaries, and an instrumental section that sounds like it’s jacked up on amphetamines.

Judas Priest’s eighth studio album Screaming for Vengeance was a real gem of a record, and it opened with an attention-grabbing intro too in the form of “The Hellion.” Although it often gets dismissed as simply being a lead-in to “Electric Eye,” this fist-pounding 44-second song has plenty going for it in its own right.

It consists of an anthemic guitar lead (that becomes a stellar dual guitar harmony), crashing cymbals, and a steady bassline, going completely instrumental in an inspired move by the band. It builds the tension up for what’s about to kick off on the ensuing songs.

Album intros don’t have to be boring filler tracks that you want to skip, and Judas Priest proved that (and then some) with this soaring statement of intent.

5. Electric Wizard – The Hills Have Eyes

This murky number from Electric Wizard’s phenomenal 2000 LP Dopethrone may not stick around for long, but it captures a mood and atmosphere that immediately grabs the listener.

Entitled “The Hills Have Eyes,” the song isn’t as doom-laden as the rest of the record, yet it still contains the same smoky aura that encapsulates Dopethrone. It’s all about the bass here, with its fuzzed out, low-end rumble slinking along with vicious intent. It’s perfectly complimented by some sweet drum-fills and neat guitar licks too, making this track anything but filler.

You wouldn’t think 49 seconds was long enough to make an impression, but Electric Wizard are out to prove the naysayers wrong with this hazy instrumental masterclass.

“You suffer, but why?” is the question posed by grindcore extraordinaires Napalm Death on their highly regarded debut album Scum. Released in 1987, the record-breaking cut “You Suffer” still boggles the mind to this day with its solitary one second of music.

This one is the very definition of micro-song, literally erupting for one second with its harsh vocals and abrasive instrumentation before collapsing in on itself. There’s not much beyond that from a musical standpoint, but the shortness of the track has surprisingly stood the test of time, making it into the Guinness Book of Records for being the shortest track ever.

It’s not so much that the song (if you could even call it that) is great, but rather, what it represents. It’s a goof, it’s comedic, but it has also endured for decades, which is something that some songs clocking in at eight minutes long can’t lay claim to.

Korn didn’t want to do a long, atmospheric album intro for their cracking sophomore LP Life Is Peachy. So what did they do? They delivered one of the most bizarrely intoxicating album openings ever created under the heavy metal banner with “Twist.”

At just 49 seconds long, the fierce four-piece rattle through an insanely tight composition, largely made up of frontman Jonathan Davis nonsensically scatting on top of a quirky rhythm section that sprouts bewildering notes out of every crevice. It serves as a perfect introduction to the group’s bizarre sound – no easy feat given the brevity of the track.

There’s a reason why this insane one minute blast of noise has become a staple on the band’s live set, and that’s because it exemplifies just what a crazy sound these four musicians can concoct together – regardless of duration.

Metalcore isn’t to everyone’s liking, but Converge occupy a unique space in the sub-genre’s library. Even though they’re considered pioneers of the movement, they transcend the confines of their musical style – creating stunning works that even metalcore critics can appreciate. And listening to the alarming banger “Phoenix in Flames” from their near faultless fourth album Jane Doe, it’s easy to see why.

Vocalist Jacob Bannon roars with ferocity over some unconventional drum patterns, spooky backing vocals, and no guitar in sight. The abrasive nature of the song is almost overwhelming, beating the speakers with an intense rage that just can’t be faked. It comes across as desperate, painful, and angry, yet in the hands of musical wizards Converge, totally authentic as well.

This is the sound of all hell breaking loose, bludgeoning the listener with its harsh instrumentation and production. But you know what? Hell never sounded so enticing.

Some say time is of the essence, and thrash four-piece Nuclear Assault certainly subscribe to that ethos. Why? Well, because they delivered one mighty wallop on their 1986 debut album in the form of “Hang the Pope.”

We all know thrash is pacey, but Nuclear Assault take it to the max on this scintillating cut. They waste no time with guitar noodling or slow atmospherics, but instead, attempt to cut a three-minute song down to just 42 seconds. Weirdest part? It’s actually fantastic. Explosive riffs, vocal spasms, stampeding drums, and a rickety bassline take this one into the stratosphere, refusing to come back to earth for the full duration.

All things considered, it’s hard to top this crazed composition when it comes to packing a lot in with little time to spare. Is there a better metal song that lasts under 1 minute? We’re still yet to find it.

What's your favorite one-minute noise blast? Let us know below! 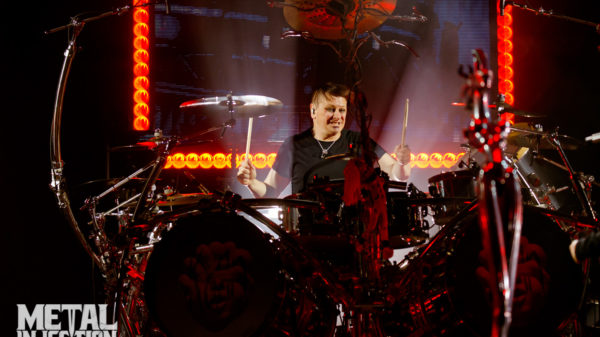 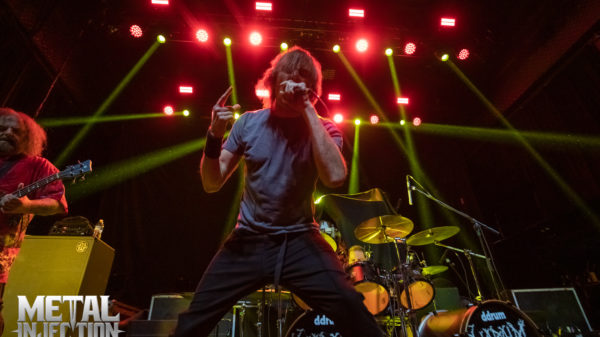 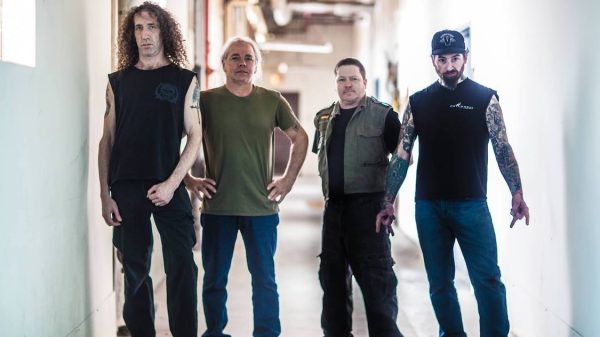