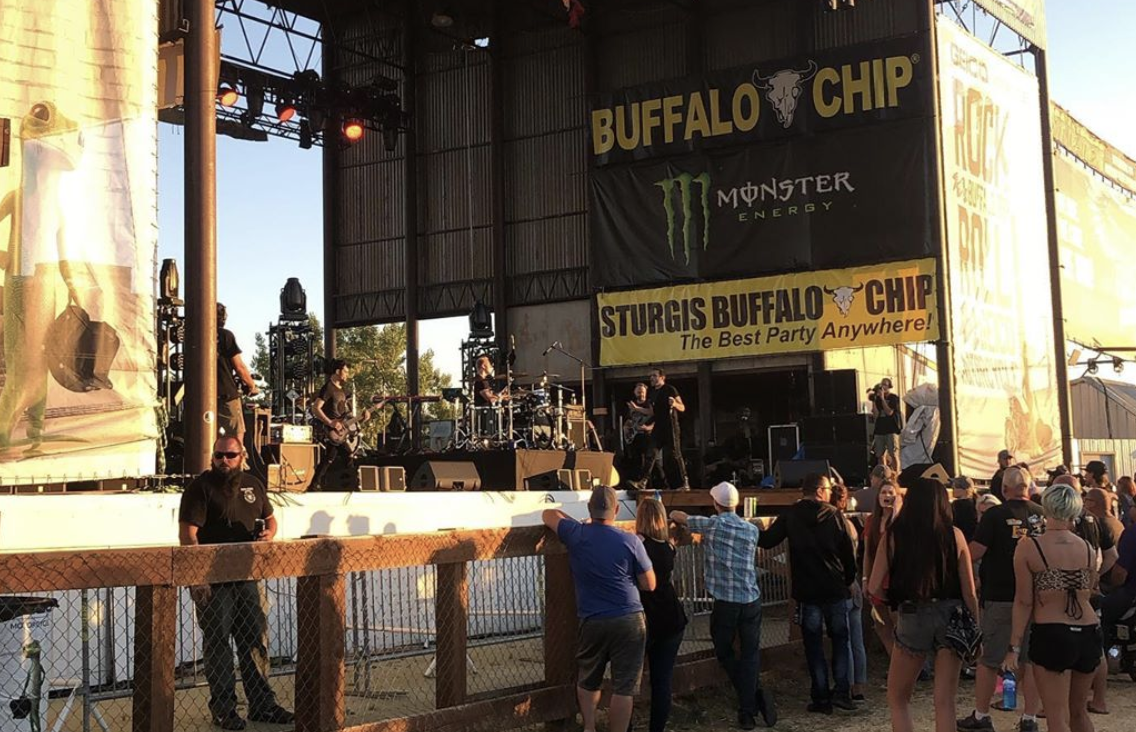 Trapt is not having a good 2020. After selling only 600 copies of their new album first week, and dodging payments to his music video director, frontman Chris Taylor Brown had to make some money back. Trapt were among the bands performing at the Sturgis Buffalo Chip – 10 days of bands, tattoos, roller derby and other various entertainment, with virtually no social distancing enforced.

Well, it looks like you really didn't need to enforce social distancing during Trapt's set, because it doesn't seem like anybody showed up to see them. Other bands on the bill included Smash Mouth, Buckcherry, Drowning Pool, Night Ranger, Reverend Horton Heat, Lit, 38 Special, Quiet Riot, and Big Skillet.

To be clear, there were plenty people at the festival. For example, take a look at how many people were in attendance for Smash Mouth, who played the same weekend as the Trapt, and were one of the headliners.

Here is a brighter video to see all the people (credit KOTATV) pic.twitter.com/P7XW46BLiS

And while we have yet to uncover video footage of Trapt's performance, we have seen two photos and it looks brutal!

I was curious. Only picture I’ve found so far of Trapt performing up in Sturgis tonight pic.twitter.com/RzvUO57dmu

Update: Shortly after posting this story, we were made aware that Trapt shared their own photos from the event, where it looks like they did eventually draw what could be considered a crowd. It should be noted that the photos are very conveniently from a low perspective on stage making it hard to discern how many people past the first few rows are actually watching Trapt and not just hanging out further away from the stage.

Had a blast at Sturgis last night! Felt amazing to get a crowd going again! Our good friend @dreamrare (An0maly) came out from SoCal to play “Come Together” with ya too! Fun time had by all! We need to get concert season up and running! Next show is Sunday August 23rd Lake Of The Ozarks, MO for our “Bridge The Blue” event supporting our great men and women in blue! Going to be doing a lot of these events this fall. See you all soon! #trapt #tourlife

[via Consequence of Sound]

In this article: sturgis, trapt