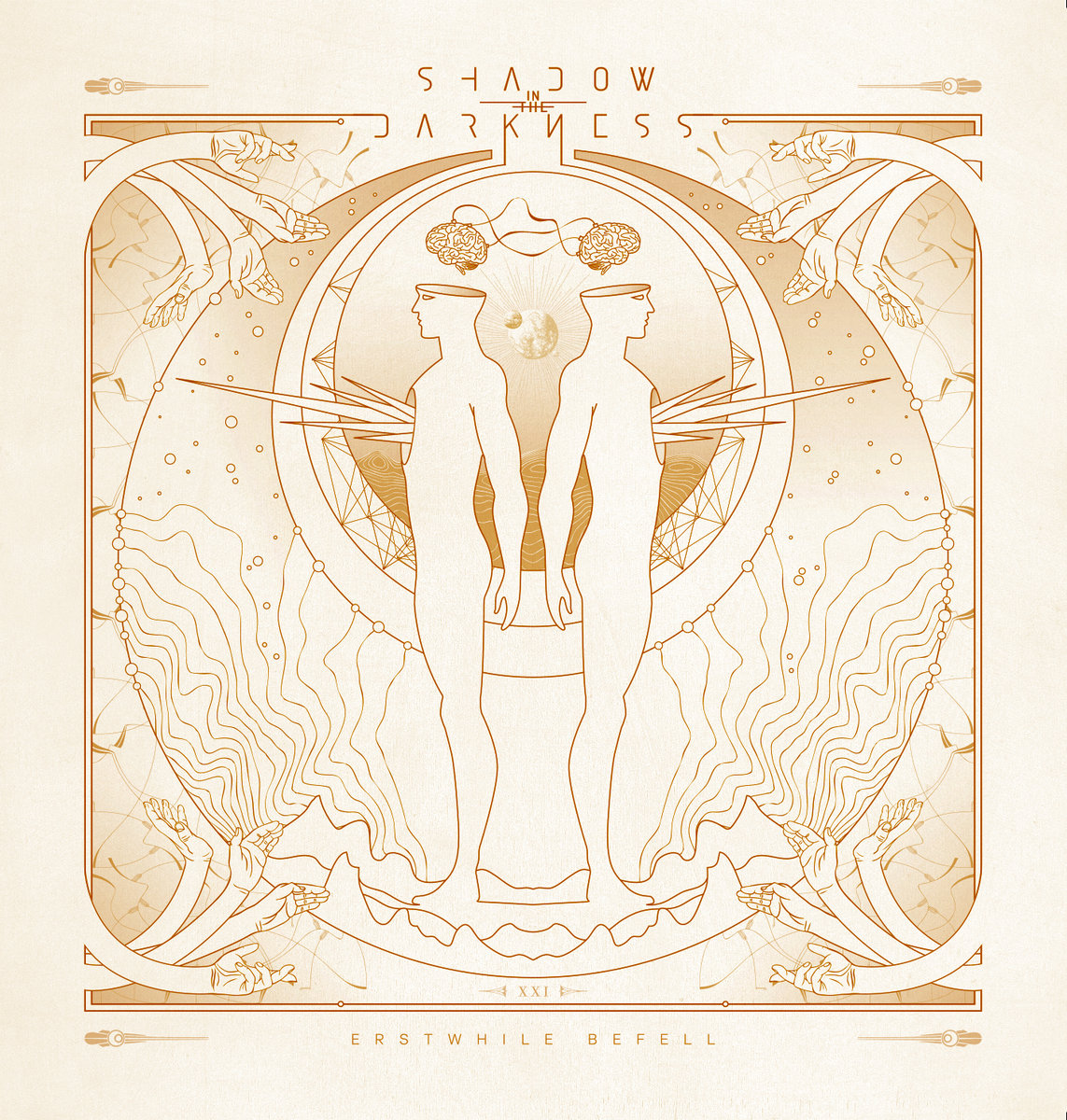 As so often happens, I'm behind the times when it comes to current year efforts from bands I haven't heard of before. Although it came out in May, I'm just now getting to covering the debut album from Attica, Greece natives Shadow In The Darkness, Erstwhile Befell.

I am confident that Erstwhile Befell is one of the best tech-death albums of 2020 though it took me some time to come around to appreciating it for what it is. A surface-level first or second run-through of it may lead you to believe the album is The Faceless worship to an uncanny degree that feels more like a clone band than it's own artistic statement really. That in itself is not necessarily something bad given the number of current and up-and-coming groups who just sound like Obscura or Beyond Creation and so on these days. It just was a hang up for me early on but the more I gave Erstwhile Befell a chance the more I came to fucking love this release.

Although the obvious Autotheism and Planetary Duality inspirations form much of the primary sound on this release, this is so much more than that when broken down and deeply listened to numerous times. Like fellow devotees of The Faceless in The Zenith Passage, Shadow In The Darkness draws influence from Soreption style groove tech-death as well to supplement their sound. Inspiration from Necrophagist, Blotted Science, and a definitive "blackened" element also all play their roles in making Erstwhile Befell a beast all its own. Although I may not personally hear all of it, the group's self-cited influences spell things out more fully, ranging from "The Zenith Passage, Decapitated, Blotted Science, Dark Funeral, Necrophagist, Redemptor, Fleshgod Apocalypse, The Faceless, Opeth, Bloodbath, and Classical Music."

At the end of the day, it really doesn't matter much how closely the core inspiration of this release spells out what's in store, as that is often the case for many highly praised releases anyways, many of which I do not find to be not nearly as impressive as Erstwhile Befells is. I'm not sure why this release hasn't gotten more traction so if you haven't heard it yet do yourself a favor and check it out below. You can order the album through Bandcamp. You can also follow the group over on the Shadow In The Darkness Facebook Page.

In this article: Shadow In The Darkness