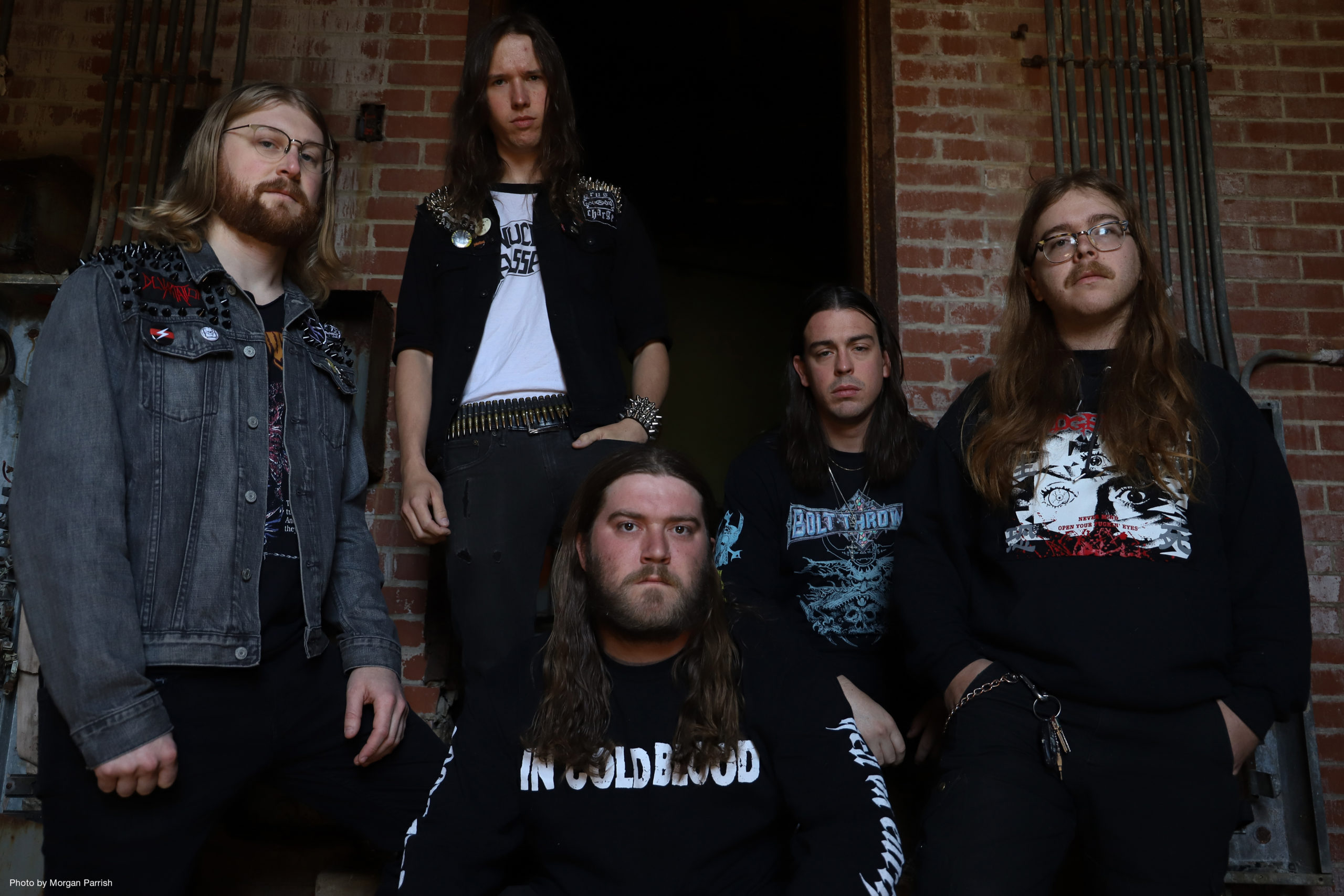 As 2020 winds to an end, Richmond thrashers Enforced have one last announcement to ring out the year. On top of a much deserved place among the Century Media Records roster, Enforced are gearing up to release their second album. While the new album, Kill Grid, doesn't release until March 12th, the first single from the album is ready to ring in the new year.

The first single from Kill Grid, entitled "Hemorrhage", is a fast paced piece of death-thrash that no fans could turn their nose up to. On top of being able to hear the first bit of new music, vocalist Knox Colby, guitarists Will Wagstaff and Zach Monahan, bassist Ethan Gensurowsky, and drummer Alex Bishop sat down with us to discuss the new single, album, and label. As well as the dreadful year we call 2020 and their own dream tour lineups.

We're unleashing a new single from Enforced today, do you care to touch on the story behind the song a little bit?
Will: “Hemorrhage” was one of the first songs that was put together for Kill Grid. Some of the riffs for this track are close to, if not more than, 2 years old. We didn’t know exactly what the song would be used for, we were just writing songs prior to At The Walls being released. We had the idea of doing a compilation record if the opportunity presented itself, and then when WAR Records approached us they were down to do the compilation, but in talking about how to get the most out of the release, we mentioned we had a bunch of music written, and both agreed we would do the two “most finished” tracks for the new record, which were “Reckoning Force” and “Skinned Alive”. “Hemorrhage” was probably the next ‘closest to being done’ track but we decided to save it – 1. Because it wasn’t really fully fleshed out, and 2. Because while it has some similarities to the older material (it’s still fast and heavy as hell and has stomp riffs that almost always make me want to stomp around the stage like Scott Ian), it felt much different and newer – there is more double bass than any song we previously had done and Zach, Ethan, and I really had to push ourselves to make the opening riff as tight as possible.

Knox: Before At The Walls was even a thought, we demoed a grip of songs at a practice space just to have something recorded that we could refer back to and play with. I think it was maybe five or six songs. “Hemorrhage” was one of them, but it was pretty bare bones and slower. We played it a few times live and it got faster naturally and we fleshed it out more over time. Oddly enough, the lyrics to “Hemorrhage” were initially for a different song that we ended up scrapping. I had the lyrics in my notebook and I figured they could still translate to this track, albeit formatted a little differently.

Your new album Kill Grid is going to be launched through Century Media, what kind of a difference has signing to CM made to you guys?
Will: Century Media is a label that I always thought was badass coming up and getting into metal. They have such a long history and so much experience in the industry they have been wonderful partners so far. We have always taken our music seriously and wanted to go as far as possible with it. We have flexible jobs, relationships with amazing partners, and people who allow us to travel and live this type of lifestyle, and we always seem to be pushing each other to become better musically and in life. We are all good friends. So far with CM, it has felt like we all have the same goal, and that is key when selecting a partner/record label. If you have a goal of being in a successful band (however you define that), find people who share that goal/vision and work together to achieve it. We are hoping that being with CM will allow us to further pursue our goals of playing music, touring, meeting people, traveling, and putting out awesome records.

Knox: In retrospect, signing to Century Media never seemed possible or plausible to me. We had all just been in a bunch of small metal and hardcore bands off and on forever and that was honestly my first expectation of Enforced. Even having At The Walls on War Records was a big deal for me. It’s just never happened to me before. This has been an insanely humbling and gratifying experience; meeting everyone at CM and working alongside them to hammer out the best possible record has been a great learning experience.

Let's talk about Kill Grid, what are some of the main differences that'll come from this album conspired to your debut?
Will: So the ‘debut’, At The Walls, was basically a compilation record of Demo 2017 and Retaliation plus 2 tracks that had previously been unreleased that were tracks being worked on when our drummer and old bass player split. We ended up fleshing them out and Arthur did a complete remix and remaster of our previous 2 releases – that was At The Walls. This will be different in the fact that it is 9 brand new, never before heard tracks – we did play “Hemorrhage” a few times live though. Alex and Ethan (drums and bass) joined Zach, Knox, and I in the summer of 2018 and we have been pushing ourselves musically and influence wise to be better musicians and to write better songs. Alex literally plays more drums and cymbals than our previous drummer – so that is different. The drumming is a little more extreme. There is maybe a little bit more bass work. I played bass on some of the demos and I may have some good ideas sometimes but Ethan can achieve stuff that I can’t on the bass. We tried to make the solo-ing different too instead of just crazy bombing and noisey stuff – although there is still lots of that. If you liked At The Walls, I can’t imagine you not liking this record. It’s more extreme.

Knox: The main difference, at least in my experience, has been recording the vocals. I wanted it to sound thicker, clearer, and more cohesive. In all of the previous recordings, I just barreled into the studio and yelled and left. I didn’t want that for this record and focusing on my voice to sound a particular way, rather than my usually more “scrappy” voice, was a challenge that I ultimately enjoyed doing. I think it has drastically improved.

Ethan: Kill Grid is the first full album process Alex and myself have been a part of with the group. As Will mentioned, Alex and I came on a little before At The Walls was released and before that I was mostly filling in before the full transition into the group. I think on the first two week tour we did as the current lineup we knew we were on the same page as far as dedication and desire to push the project to the next level. The entire process for Kill Grid, from writing, to re-writing, to demos, to pre-production, to actual production, and the work we have done post-production for videos, makes this album feel fully realized and what I had imagined a professional record would be like in my years prior. The level of musicianship has also grown since the At The Walls days and the dedication to making the best record possible has been a major driving factor for us.

2020 has been a bit of a write off, has the time stuck at home helped to progress the writing of Kill Grid?
Will: So Kill Grid has been completely written since way before 2020, we had a lot of songs written and ideas coming together since like right when At The Walls dropped. We have just been tweaking and tightening everything up – as well as starting to write riffs and start running ideas around for the next record. From that standpoint it has been helpful but I think we would all just rather be in a van and on stage touring touring touring.

Knox: I wrote all the lyrics for Kill Grid while we were touring in January and with practice recordings through February. When we started recording vocals, there was a lot of quick clean-ups and rewrites but it made for something so much darker. As March grinded to a halt and the death of George Floyd igniting the country, it seems like a lot of things I had just written about were happening, or at the very least could be a possibility. It changed my perspective on the album; going in as something cool and thematic ended up becoming realer than I had ever expected. It was kind of haunting in that way. I agree with Will, I’d rather be in a van.

With 2021 and a vaccine coming in hot, next year just might see a return to touring, have you been making any plans for how you'll support Kill Grid?
Will: We have not really yet. We were slated to tour with Wormrot last year and that ended up being ‘postponed’ “indefinitely” – that was something we were really looking forward to. Once we get closer to the record coming out, and we see how the vaccines behave in the population I think people will start to consider more scheduling/re-scheduling. I think people got a little sick of scheduling/re-scheduling then re-re-scheduling. As soon as humanly possible we want to get back on the road and on the plane and hit the road to support the record. We toured for many months in 2019, and then ALL of January of 2020 so we are committed to playing live. Playing live is the greatest rush in the world.

Speaking of touring, why not one of those fun hypotheticals, what would your dream tour lineup be?
Will: I could go in so many directions:

If I have to narrow it down to “dream lineup that is realistic for bands still kicking ass in 2020”: Carcass, Sodom, Obituary then 1 newer band and us – Gatecreeper, Genocide Pact

Knox: Touring with friends is always fun, and we haven’t toured with Municipal Waste yet, so that’d be cool.

Ethan: I'd love to do another tour with High Command that was fun as shit, Municipal Waste would be killer, and Demolition Hammer would be a dream come true.

In this article: ENFORCED 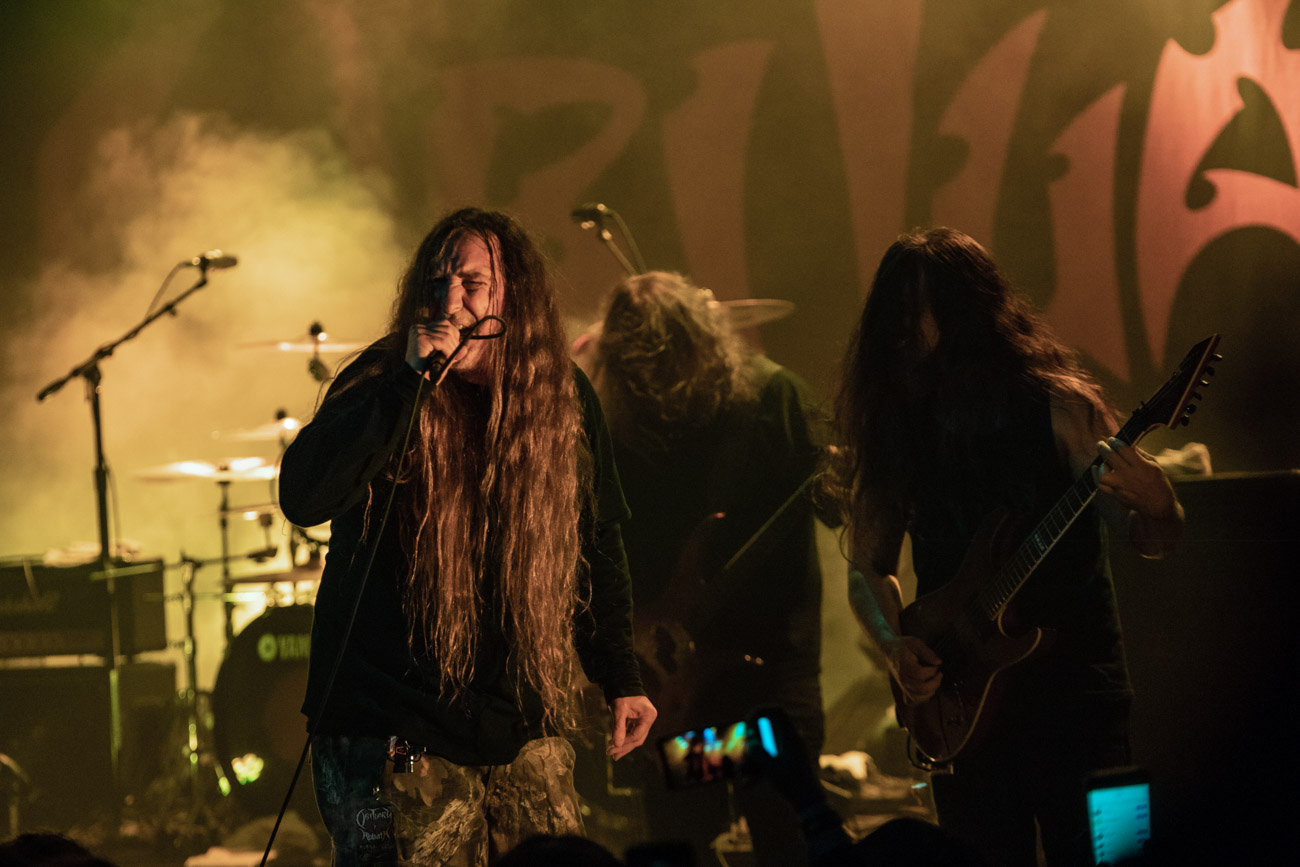 Gatecreeper, Enforced & SpiritWorld will be there too.

Taking place next May. 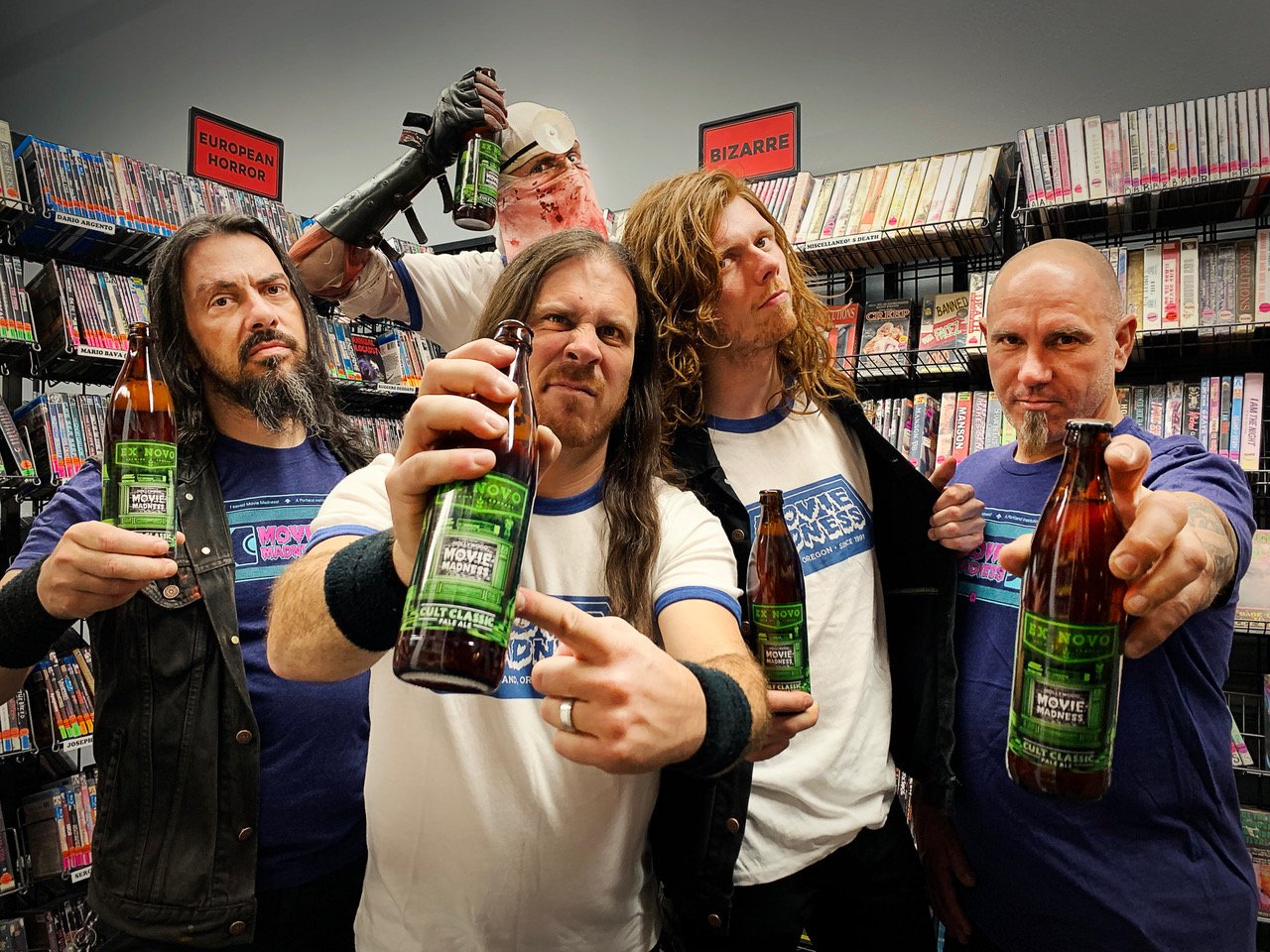 Plus an exclusive Exhumed tour-only EP!