Metalocalypse might be done, but that doesn't mean you can't hear creator Brendon Small still deliver the metal goods. Small is set to release his next solo album, Galaktikon II: Become The Storm on August 25th.

Today, Brendon posted the single "My Name Is Murder" and it would fit perfectly in Dethklok cannon, and yet somehow is more brutal?

Once again, Brendon worked with producer Ulrich Wild and got Gene Hoglan behind the kit and Bryan Beller on bass. Brendon was quoted a few weeks ago as saying:

"This record is a combination of all the sounds I’ve been making throughout my creative life. It’s as heavy as I want it to be and melodic as I want it to be – it’s the bigger, darker record I wanted to hear. And what a way to celebrate my 10 year anniversary of making metal with Gene, Bryan and Ulrich, some of the best in the industry. I’m excited to have it live inside listeners’ heads and let their imaginations take over!"

Previously, Small revelead there will be a six-part Galaktikon comic series coming this August in addition to the album.

You can pre-order Galaktikon II: Become The Storm for as low as $9.49 on Amazon.com. 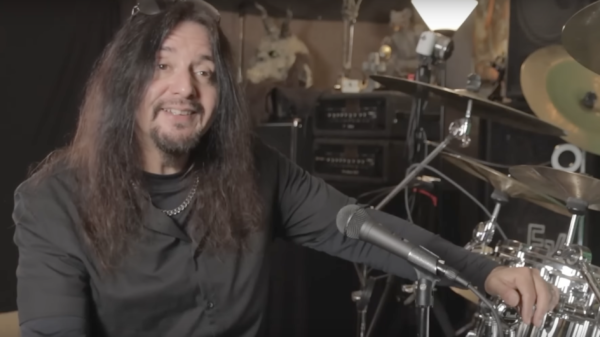