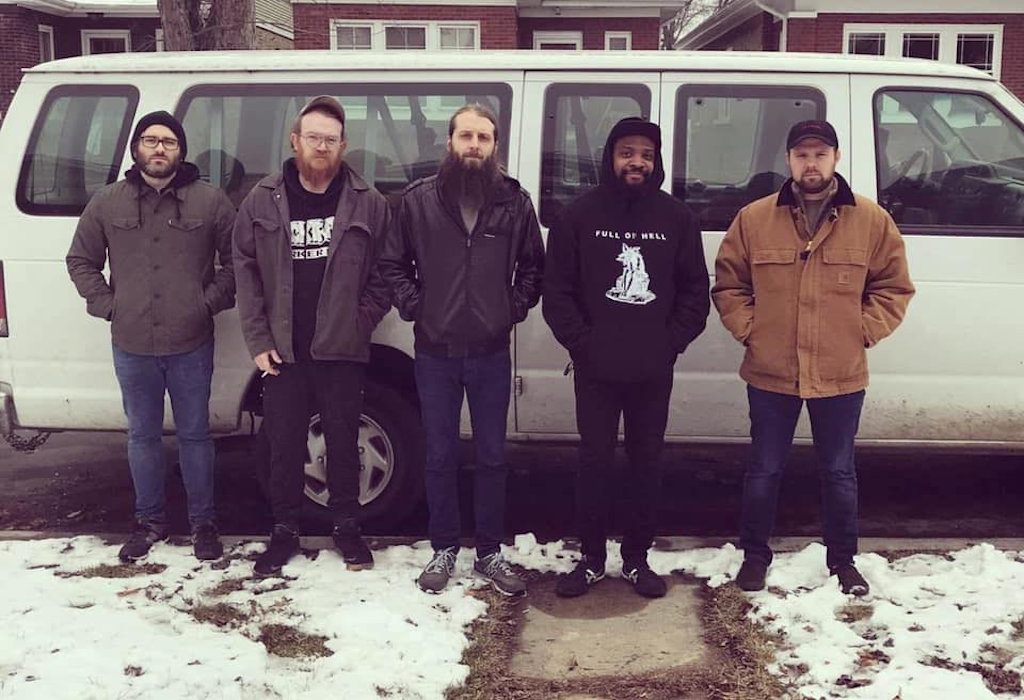 There is something a little different brewing out of Arkansas. Something fuzzy, heavy, and post hardcore but with a different flair. That is what we are getting with Colour Design and their latest single "Oblivion."

Not a new band by any means. Colour Design has existed since 2015 but has flown under the radar, releasing music independently; respectively releasing Be Still in 2016 and They Don't Exist in 2018. But 2022 is them breaking out of their silence and they are here to offer us a single off the upcoming Nothing Matters Now.

"Oblivion" is, at its core, very much a shoegaze song. But at the same time it's like it treats the genre as a cocoon. It's fuzziness, and dreamy soundscape are very reminiscent of something like My Bloody Valentine. But it's also incredibly post hardcore. It starts out gently enough but one will notice that Shawn Hood's vocals sound straight hardcore. Adding to that, Stan Liszewski (Terminal Nation) guests on the track, adding an even more aggressive, but also melancholy flair. But on top of that, Brett Campbell (Pallbearer) also guests on the track, which really leans into the melody and depressive nature of the track. Though none of it subtracts from the heaviness. It's dreary and dreamy sounding but something that shows a sharp set of teeth.

A quote from drummer Shane Clinton: "For a long time we weren't exactly sure what to make of 'Oblivion.' It was one of the first skeletal frames of a song we had when we started writing this new record. One thing that's for sure is that these songs have been somewhat of a departure from our previous outputs. We've kind of gotten away from the heavily-drenched shoegaze sound of our last 2 records. That is, with the exception of 'Oblivion.' I think that's why it makes a good opening track because it's almost like paying homage to old Colour Design efforts. And I guess with it being obviously different than the rest of the new songs, it only made sense to go a kind of different route vocally as well. And that's where Stan and Brett came in. Honestly, we're just super fucking lucky to have the friends that we have."

Colour Design can be followed and ordered through this link.

In this article: Colour design